T.Y. Hilton (quad) non-committal about playing in Week 4 against Raiders 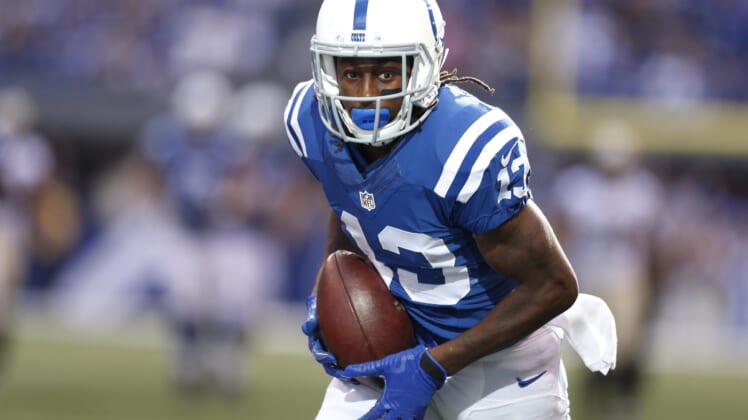 Indianapolis Colts star receiver T.Y. Hilton aggravated a quad injury during Sunday’s big win over the Atlanta Falcons, and he may be out in Week 4.

Hilton, speaking with reporters on Tuesday, admitted he may not be able to play, noting “If I can play, I’ll play” Sunday against the Oakland Raiders.

If Hilton is unable to play in Week 4 against Oakland, it would certainly be a blow to Indy’s offense. He’s been the team’s best receiver so far this year, and it’s not even close. Hilton has caught 20 passes on 25 targets, accumulating 195 yards and four touchdowns.

The good news for the Colts is that his teammates stepped up on Sunday when Hilton was unable to play in the second half.

From a fantasy perspective, if Hilton does miss the Week 4 game against the Raiders, we’d expect to see a heavy dose of running back Marlon Mack, who has been one of the top workhorses in the league already this year.