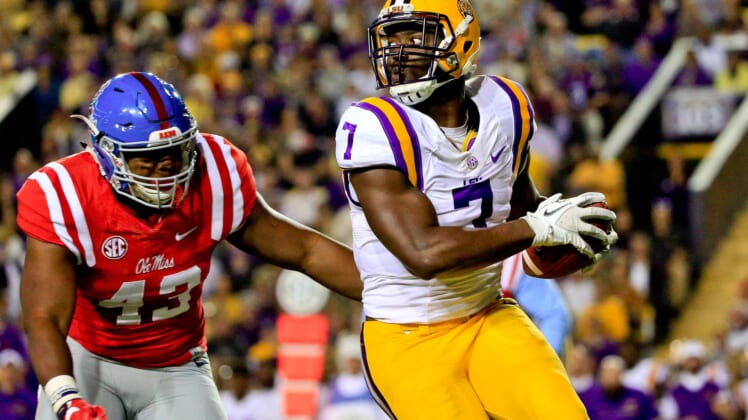 The Ole Miss football program suffered another black eye when two of its top defenders were arrested and charged with shoplifting on Tuesday night.

Cornerback Ken Webster and starting linebacker Detric Bing-Dukes were the two players busted, according to the Lafayette County Detention Center booking docket, per Antonio Morales of The Clarion-Ledger.

“We are gathering facts on the matter,” Interim head coach Matt Luke said through a university spokesman.

Bing-Dukes is obviously the bigger name here, as he leads the defense from his inside linebacker spot. Last year as a junior, he made some starts and finished with 41 tackles. Per the report, he also was named the team’s most improved defender during spring practices.

Last year, Webster suffered a knee injury and sat out of spring ball as he recovered. He was expected to be a key secondary defender this year, and a starter, though it remains to be seen if that will be the case after this incident.

Obviously, given Hugh Freeze’s recent dismissal, this is just more bad news that the program didn’t want to be dealing with.