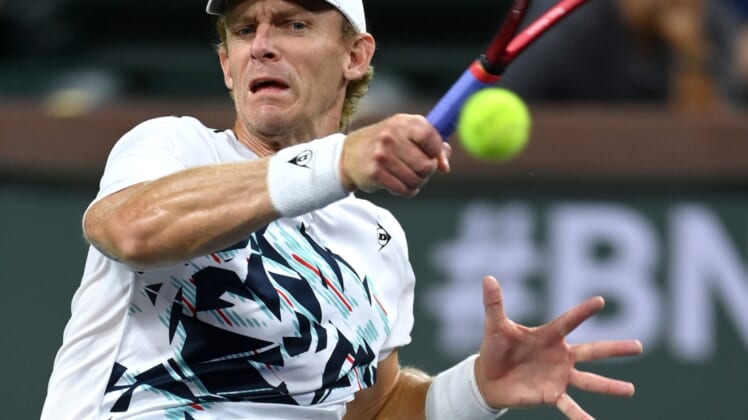 Two-time Grand Slam finalist Kevin Anderson, who reached as high as No. 5 in the ATP rankings, announced his retirement on Tuesday.

The South African lost to Rafael Nadal in the 2017 U.S. Open final and fell to Novak Djokovic in the 2018 Wimbledon championship match.

“I don’t remember a time in my life when I wasn’t playing tennis,” Anderson said in his announcement on social media. “I started on the journey 30 years ago when my Dad put a racquet in my hands and told me if I was willing to work hard, I could be one of the best players in the world.

“Since then, tennis carried me far beyond my roots in Johannesburg, South Africa and truly gave me the world. I’ve experienced so many different challenges and emotions; this sport can be exhilarating and at the same time lonely.

“I’ve had ups and downs, but I wouldn’t change it for anything. My journey helped me become the man who I am today.”

Anderson turned pro in 2007 after a standout college career at Illinois. His high ranking occurred in 2018 and he won $17.7 million in prize money.

One of his highlights was being named the winner of the 2019 Arthur Ashe Humanitarian Award.

Anderson was plagued by elbow and knee injuries over his past few seasons. He last competed in March at the Miami Open, losing to Juan Manuel Cerundolo in the first round.