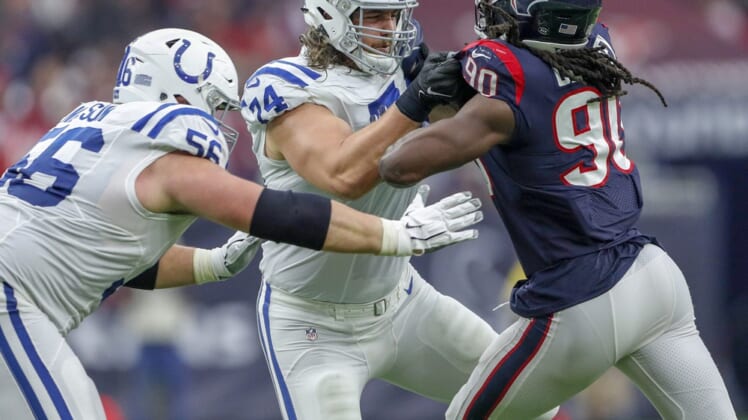 Jadeveon Clowney went into free agency hoping to become one of the NFL’s highest-paid defensive players. Now with the NFL Draft over and Clowney still available due to a limited market, two NFL teams could be looking to try and take advantage.

According to FOX 26’s Mark Berman, Clowney is now drawing interest from the Cleveland Browns, Tennessee Titans, Baltimore Ravens and Philadelphia Eagles. While the Browns and Titans interest was known, the emergence of the Ravens and Eagles adds an interesting dynamic to Clowney’s free agency.

Coming off consecutive seasons with nine-plus sacks with the Houston Texans, Clowney was traded to the Seattle Seahawks before the 2019 season. The 27-year-old struggled to stay healthy, missing three games and playing through a significant core muscle injury.

Clowney recorded just three sacks and seven tackles for loss this past season with the Seahawks. He disappeared for long stretches during the season, but also helped Seattle beat the San Francisco 49ers on Monday Night Football with five quarterback hits, one tackle for loss and a fumble returned for a touchdown.

He made it clear before the offseason he wanted a market-setting contract and he strongly preferred to play for a contender. The interest in Clowney quickly evaporated with teams concerned about his durability, inconsistency and his work ethic.

A return to the Seahawks is still on the table, but the team’s addition of edge rusher Darrell Taylor might rule that out. Now that Clowney’s contract demands have come down, it makes sense for the Ravens and Eagles to get involved.

If either team could sign Clowney, potentially to a one-year contract loaded with incentives, it would be a monumental move for either defense. Given both teams have aspirations for winning a Super Bowl this year, adding a player with Clowney’s potential would help them signifcantly.