Two players ejected after brawl between Central Michigan and Toledo 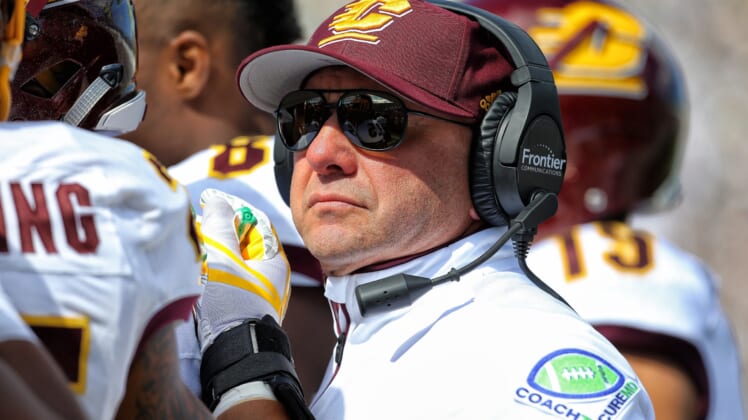 The game between Central Michigan and Toledo reached a boiling point on Friday as a brawl broke out between the two teams.

Players from both sidelines rushed into the scrum, which resulted in two ejections and an unsportsmanlike penalty for the entire Central Michigan sideline.

Central Michigan's George Douglass and Kobe Lewis have been disqualified from the game for fighting.

Everyone on CMU's roster has been given an unsportsmanlike conduct penalty. https://t.co/GLmbYFuMpK

That’s not ideal, but given the way things have shaken out it’s not surprising that a brawl ensued.

This has been an extremely one-sided game. The Rockets lead 44-0 at the time of this writing, and the Chippewas have been extremely undisciplined all game long with 14 penalties for 121 yards.