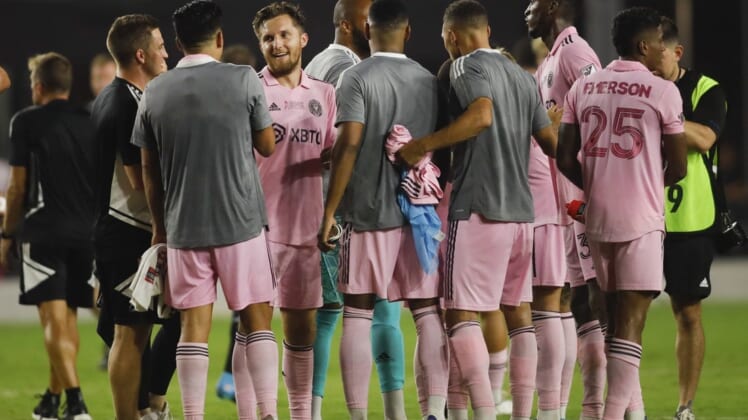 Indiana Vassilev scored in the 87th and 90th minute to rally Inter Miami to a 2-1 victory over Minnesota United on Saturday night in Fort Lauderdale, Fla.

Vassilev, who entered the game as a substitute in the 83rd minute, took a through pass from Bryce Duke in the middle of the box and then blasted a left-footed shot under the crossbar to tie it, 1-1. Three minutes later, he picked a loose ball off a Loons defender in the middle of the box and fired a left-footed shot inside the right post for his third goal of the season and the game-winner.

Minnesota United, playing the second game of a three-game cross-country road trip that began with a 2-1 loss at New England on Sunday, failed to garner a shot on goal during a first half that saw the Herons finish with an 8-4 edge in shot attempts.

Miami’s two best scoring chances came in the ninth minute when Ariel Lassiter attempted a right-footed shot from the left side of the box that St. Clair caught by the right post and a point-blank left-footed shot at the edge of the six-yard box by Leonardo Campana off a Lassiter cross that St. Clair deflected away.

Minnesota’s best chance occurred in the 18th minute when Amarilla set up Robin Lod charging down the middle of the box, but Lod’s right-footed shot sailed high over the goal.

The Loons took a 1-0 lead in the 65th minute when Amarilla drove in a loose ball on the edge of the six-yard box with a right-footed shot into the left corner of the net for his third goal of the season.