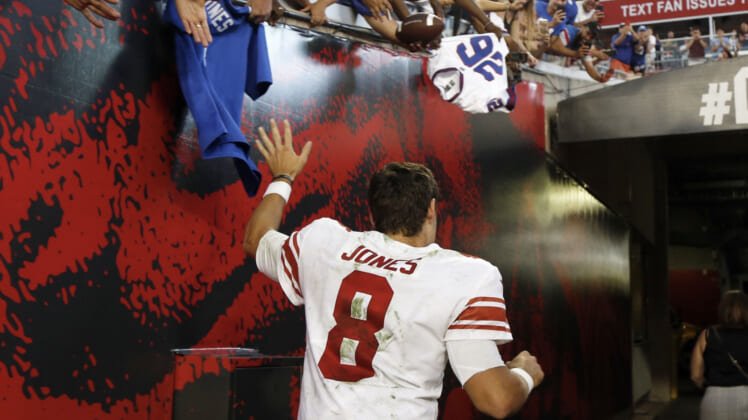 New York Giants quarterback Daniel Jones is already a sensation in the city after leading his team to a comeback win in the rookie’s first start replacing Eli Manning under center on Sunday.

What Jones was able to accomplish in a stirring win over the Tampa Bay Buccaneers is already legendary. Now known as “Danny Dimes,” at least two New Yorkers have applied for that trademark already.

That didn’t take any time at all. Talk about looking to profit off Jones’ early success.

Most figured the rookie No. 6 overall pick would be in for a dramatic learning curve in his first season.

While that might still end up being the case, Jones’ initial NFL action was a smashing success. The Duke product completed 23-of-36 passes for 336 yards with two touchdowns and zero picks in a 32-31 win over the Bucs. He also added two touchdowns on the ground, including the game winner.