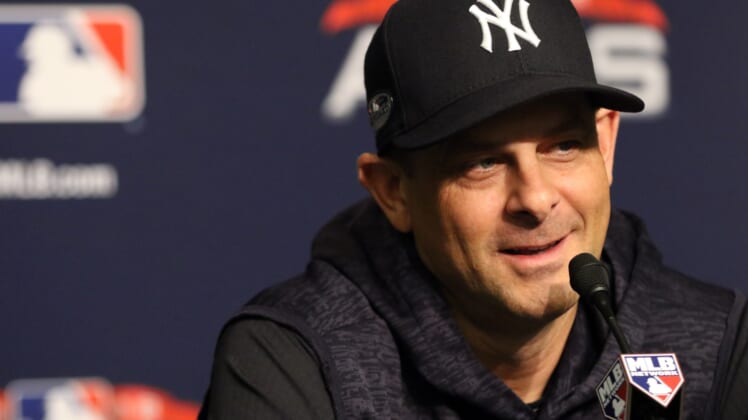 One day after New York Yankees manager Aaron Boone stayed with his struggling starter for too long, he did it again. This time it was CC Sabathia and in an elimination game.

The veteran lefty wiggled through the first two innings. But the Boston Red Sox had a lot of loud contact in the third and scored three runs.

Twitter ripped Boone for leaving Sabathia in for too long.

Oh look, Aaron Boone stuck with his starter far too long and now it has backfired. pic.twitter.com/2RA2qYA15R

You beat a bullpen team by never letting them leverage their bullpen. Aaron Boone did a great job of beating the #Yankees.

What Aaron Boone is doing right now is less defensible.

Aaron Boone saving his bullpen for the winter meetings?

That 3rd run is on Boone not CC. Embarrassing to leave him in. There is no tomorrow boss man

This is a terrible job by Boone.

No matter how this game and series ends up, it will clearly be a serious learning experience for New York’s first-year manager.