Twitter reacts to the Bills trading up for Josh Allen 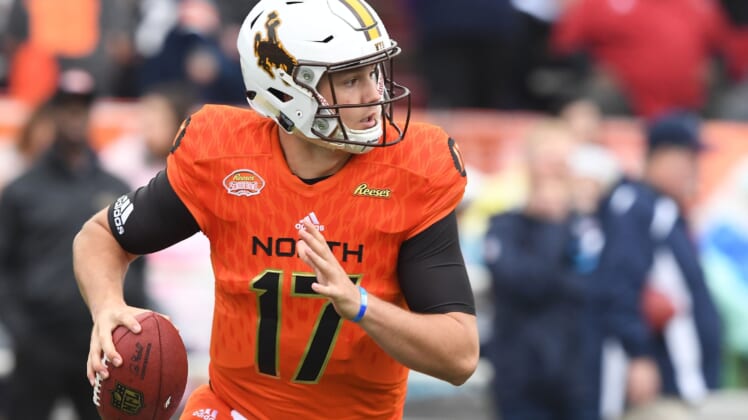 The Buffalo Bills have been preparing to add that franchise quarterback throughout the pre-draft process, collecting picks on top of picks in separate trades. They did just that early in the first round of the 2018 NFL Draft, trading up from the 12th overall spot with the Tampa Bay Buccaneers for the seventh pick.

With that pick, the Bills selected Wyoming quarterback Josh Allen.

A highly divisive prospect, most observers believe that Allen’s accuracy issues precluded him from being a top quarterback. Obviously, that wasn’t the case.

Needless to say, Twitter had some pretty amazing reactions to the trade up for Allen. Here are the best.

The team that thought Nate Peterman deserved to start over Tyrod Taylor also thinks Josh Allen is worth a top 10 pick? Shocking.

Trading up to draft Josh Allen over Josh Rosen is bad process.

The Bills traded away a guy that got them to the playoffs, essentially for a guy that struggled against defensive juggernauts like Oregon, Iowa and Nebraska. Fair enough.

The Bills saw what the Browns, said "hold my beer" and traded up for an incredibly inaccurate quarterback. pic.twitter.com/pGKsS1K3ac