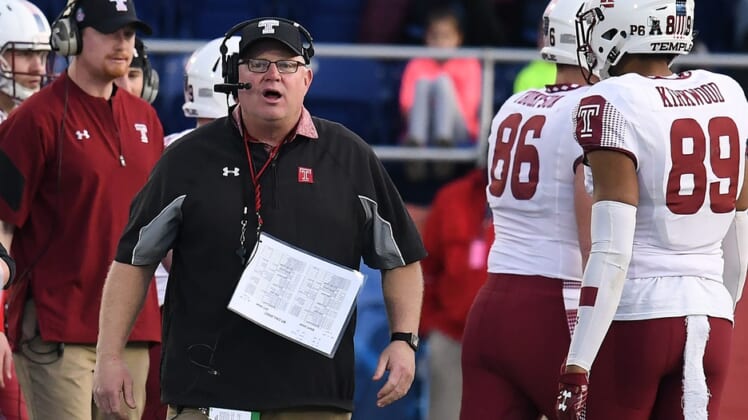 On Tuesday, Temple interim head coach Ed Foley took to the podium in Shreveport ahead of his team’s coming battle against Duke in the Independence Bowl.

He got pretty fired up. Even some of the media members couldn’t help but chuckle at his emotional, passionate speech.

This display reminded many of the Saturday Night Live character made famous by the late, great Chris Farley — Matt Foley, who lived in a van down by the river.

The reactions to this speech were almost as great as the speech itself.

ED FOLEY IS COMING TO TOWN, AND HE'S NOT LEAVING WITHOUT THE INTERCONTINENTAL TITLE, BROTHER https://t.co/zcIc4W0Zj3

Seriously, though, tell me you don't see a little Matt Foley when watching Ed Foley. https://t.co/sG2Aygu6er

You would have thought that Temple was in the college football playoff by the way Ed Foley was speaking https://t.co/VR4oxFZ4bg

I think Ed Foley is Matt Foley's cousin. Also a motivational speaker but I'm not sure he ever lived "IN A VAN, DOWN BY THE RIVER!" https://t.co/CADkjTcoGE