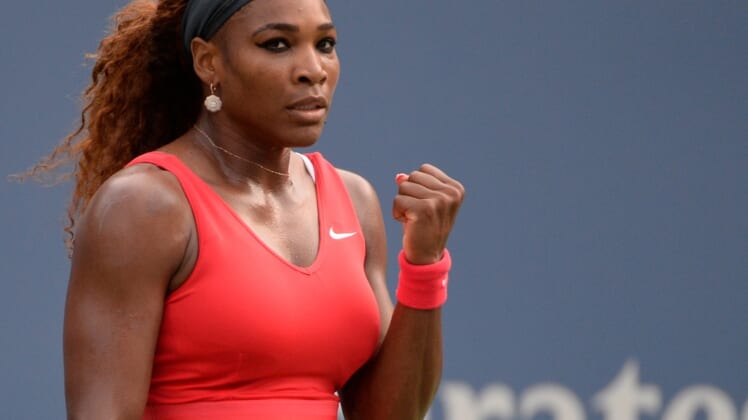 On Tuesday night under the bright lights of Arthur Ashe Stadium in New York, the greatest champion of all time defeated Karolína Plíšková in straight sets, overcoming a sluggish start to power through to the U.S. Open semifinals.

A visibly emotional Williams magnificently overcame the best that Plíšková had to offer on this night, setting up a semi-final matchup against Anastasija Sevastova, who defeated last year’s champion, Sloane Stephens, earlier in the day.

And, of course, Williams closed out the match with a brilliant ace.

After the win, she acknowledged that the crowd was a major factor in helping her overcome her early hole.

Serena Williams: The crowd was really rooting for me and I felt so bad because everyone out here was cheering and I wasn't winning so I thought I've got to try harder.

This marks her 12th semi-final appearance at the U.S. Open, and 36th overall in grand slam events.

In her 100th career match at Arthur Ashe Stadium, Serena Williams advances to her 36th major semifinal, 4th-most among women in the Open Era.

Williams has a pretty good record at that stage too, boasting a 30-5 record in major semis. pic.twitter.com/lJd9hqrdDQ

Is there any doubt? https://t.co/nsawWr13oj

I congratulate Serena Williams for beating Carolina Plitskova, 6-4, 6-3 to reach the semi finals of the US Open.
What a performance by Serena. Vintage stuff from the six times US Open Champion.
Give that lady some Bells, with crushed ice, shaken not stirred.