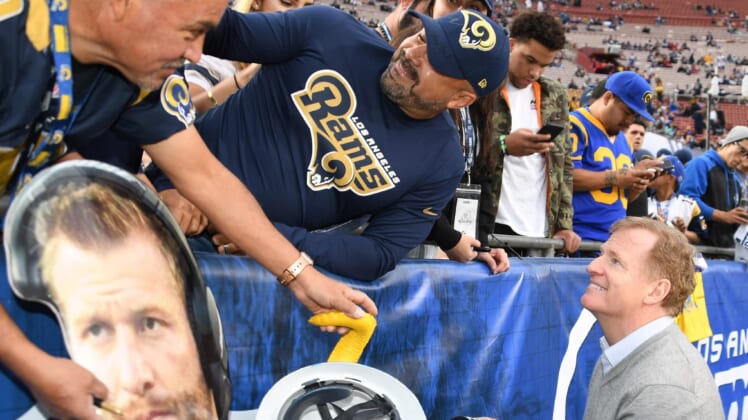 The Los Angeles Rams announced they have come to terms with three-time First-Team All-Pro defensive tackle Ndamukong Suh on Monday. The reports are that this is a one-year deal worth $14 million.

In addition to the trades to bring in Aqib Talib and Marcus Peters, this move gives Los Angeles one of the most formidable defenses in the entire NFL.

There are 22 defensive tackles in NFL history with at least 3 First-Team All-Pro awards, including @AaronDonald97 (3) and @NdamukongSuh (3).

Donald and Suh are the first teammate DTs in NFL history with at least 3 First-Team All-Pro awards apiece entering a season.

The bold move to bring in Suh signals the Rams are in win-now mode, and not surprisingly Rams players, coaches and fans are overflowing with excitement over the news.

BEST DAY EVER!!! Welcome to the family. pic.twitter.com/IZagpcju8d

Other people’s thoughts went toward the quarterbacks and offenses that will now have to face this nightmare of a lineup.

Big things are afoot in Los Angeles. It’s going to be fascinating to see how this team performs, because all of a sudden the expectations couldn’t be higher heading into 2018.