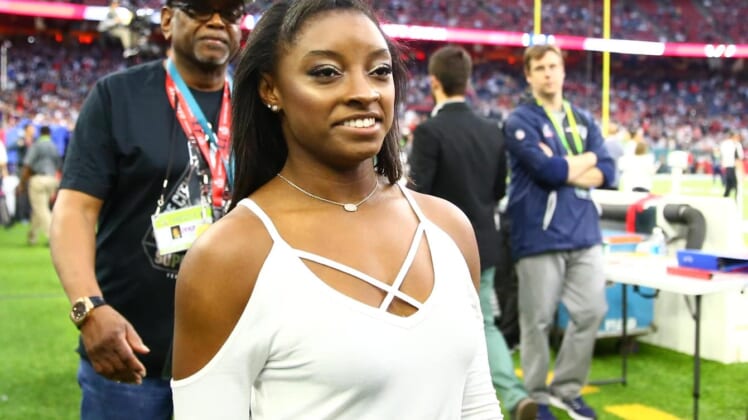 ESPN The Magazine released its 20 most dominant athletes of 2018 list on Tuesday, and it sparked a ton of reactions on social media.

.@Simone_Biles is gracing the cover of "@espn The Magazine"! Her pose is FIERCE! ? pic.twitter.com/9AvXVdKddX

Here’s a full list of the top 20, and an explanation from ESPN about how the athletes (yes, a horse is apparently considered an athlete here) were ranked.

The method to the madness per a ESPN release. pic.twitter.com/2SuLrGZoXW

Biles landing the top spot generated a ton of positive responses on Twitter.

Love reading the responses from all the salty men replying to ESPN’s tweet because they can’t fathom that a women is being named the most dominant athlete of the year. Do your research boys, Simone Biles is a living legend. pic.twitter.com/3jtSMDNVc5

Though, some of the other stuff on the list didn’t quite generate the same type of positive response. Especially the part about … you know, the horse.

This is honestly the worst sports list I’ve ever seen in my entire life. https://t.co/FdJvEVaom5

Can’t take ESPN seriously. They have Witten in the booth on MNF and put a horse on their top 20 athletes of 2018 list

ESPN's list of top 20 dominant athletes in 2018 is questionable at best. Glaring omissions include…

Koepka gets no respect.

ESPN released its list of the top 20 most dominant athletes of 2018. On a list that included Olympic gymnast Simone Biles (No. 1), NBA superstar LeBron James (No. 13) and LPGA golfer Ariya Jutanugarn (No. 4), Koepka was notably absent.#golfingreport pic.twitter.com/3Op3X2cwLx

Are my eyes looking at this correctly? @espn literally put a horse in the top 20. An animal is now considered an athlete. https://t.co/A9582jn5lb