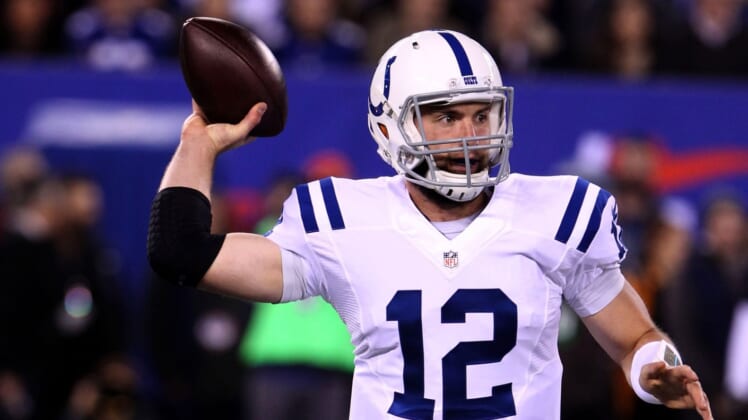 Well, after months and months of speculation about whether Andrew Luck would ever get around to throwing an actual NFL-sized football, we have our answer.

On Tuesday, Luck threw a football in front of the media for the first time since October of 2017.

The day has come.

Hopefully all the caution that Luck and the Colts have taken to this point will pay off with a setback-free offseason that extends into training camp and the regular season.

When healthy, Luck is one of the best young quarterbacks the NFL has to offer. The Colts have done a good job building up the offensive line this offseason, too. So if he can play, there’s a good chance we’ll finally see the same quarterback who took the Colts to the AFC Championship Game a few years back.

Not surprisingly, there were some huge sighs of relief around Twitter as Colts fans reacted to this incredibly good news.

there is definitive proof Andrew Luck is throwing a football. Perhaps he really is over his problems.

The football gods have granted us all what we have been waiting for since October 2017, Andrew Luck to begin throwing a pigskin! #Colts https://t.co/pCWRQwu2Y6

Sources: Andrew Luck is throwing a football. My source? Every Twitter user known to man.