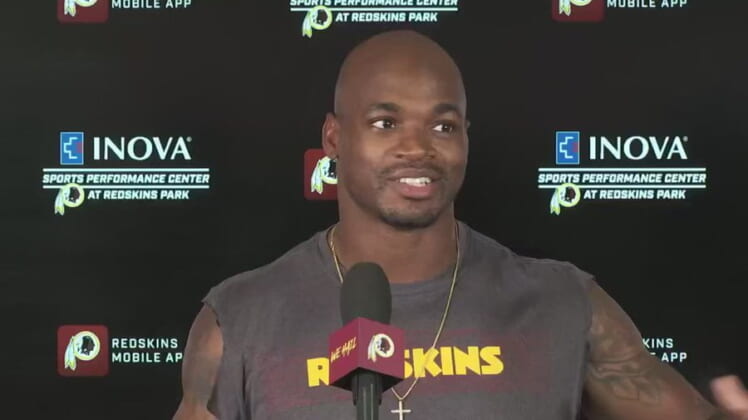 Adrian Peterson was back in action Friday night for the first time since being injured last season, and the newest member of the Washington Redskins was electric.

Peterson got the start and made his impact felt from the game’s first offensive play. He continued to run effectively throughout the first half, and at the time of this writing he has 56 yards on 11 carries — very strong stuff.

The 33-year-old back ran angry, and he looked quite frankly like a man 10 years younger.

Twitter users everywhere chimed in while watching All Day bust through for big gains.

Yo, it’s too lit! Adrian Peterson lookin a little like his old self out there! #HTTR!

I’m pretty sure Adrian Peterson is earning himself the starting job based on tonight alone. Perine and Thompson as the other 2 backs and Bibbs as the 4th back. #HTTR #DENvsWAS

While Adrian Peterson has looked like the sort of back Washington needs tonight, a big key will be how he holds up over time. That's where the Redskins must be smart and not overuse him early in the season. And it's why they'll have to have a strong… https://t.co/NpefAUnCIT