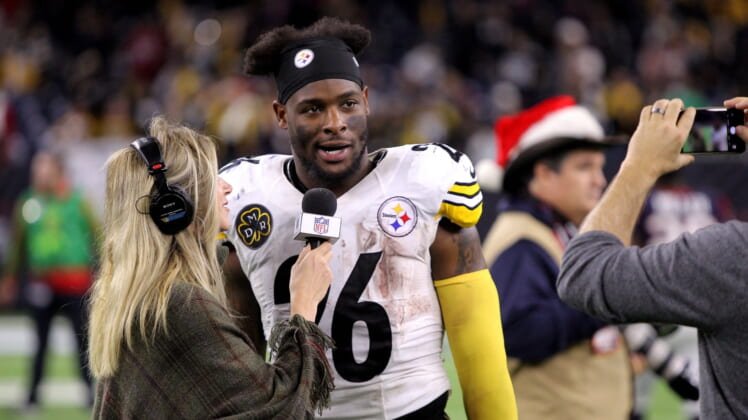 As many expected, a long-term deal between the Pittsburgh Steelers and star running back Le’Veon Bell did not get struck prior to Monday’s deadline.

Bell had reportedly been seeking what would be close to quarterback pay and the Steelers were not willing to commit to that. Now, he is slated to earn $14.5 million on the franchise tag.

From already predicting where Bell will land in 2019, to naming his replacement, to the fantasy football fallout, let’s see what the Twitter world thinks about Bell and his long-term contract dilemma.

Le’Veon Bell didn’t get that contract extension, is he really gonna sit out? pic.twitter.com/4nfxsgxNgV

I'm a huge Le'Veon Bell fan, and I can't understand what more he could want in this situation. He's had off field issues and previous injuries. $13.3 million+ sounds like a good offer considering all that. I get what Le'Veon is asking for, but I mean come on… https://t.co/0FGvV3ohs6

"From Le'Veon Bell's agent Adisa Bakari: "His intention was to retire as a Steeler. But now that there's no deal, the practical reality is, this now likely will Le'Veon's last season as a Steeler."

More: "It became clear the Steelers wanted to pay the position, not the player.""

Le’Veon Bell just became a real possibility for me at #7 in my draft this season.

How don’t the @steelers pay @LeVeonBell his money? ?

Gonna be weird seeing him in a new team next year. I’m calling it now, he’s gonna go to Houston. Young team, no clear direction at RB, great defense.

@kaesek9 when Leveon bell leaves the Steelers for the Texans next year pic.twitter.com/RYjrdmUSxn

“Le’Veon Bell is going to the Patriots next season.” pic.twitter.com/lSX11sG0Cj