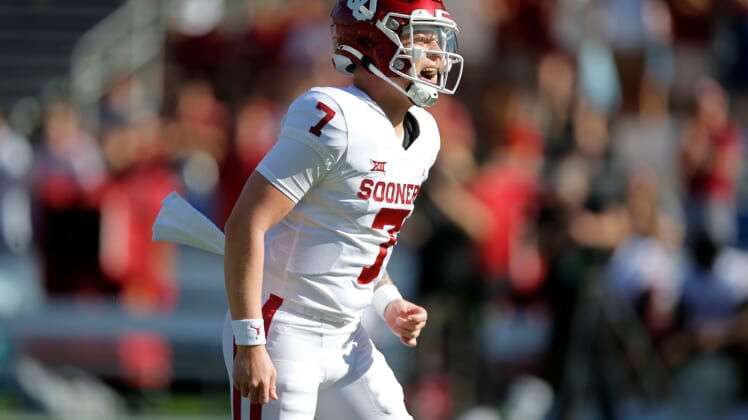 The Texas Longhorns stormed out to a 28-7 lead early in the Red River Showdown, sending Austin into pandemonium at the possibility of an upset. But the Oklahoma Sooners stormed back, delivering a comeback that stunned everyone.

Texas still led Oklahoma 38-20 at halftime, forcing Riley to make the switch to Williams permanent. It proved to be the spark Oklahoma’s offense needed, sparking one of the wildest comebacks in college football history.

The Sooners entered the fourth quarter trailing 41-30, with time running down and momentum building towards a stunner. With eight minutes left, Williams hit Marvin Mims for a spectacular 52-yard touchdown that may go down as the best play of the 2021 season. 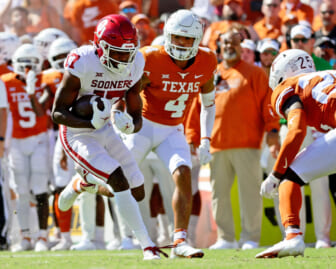 Oklahoma tied the game and kicked the football back to Texas. Freshman receiver Xavier Worthy returned it from deep in the end zone, getting the football ripped out at the 18-yard line. On the very next play, Kennedy Brooks stunned Texas Memorial Stadium with the go-ahead touchdown.

After trailing 28-7 after the first quarter and 41-23 late in the third quarter, the college football world couldn’t believe what they just witnessed.