Twitter reacts to Josh McDaniels pulling a Lucy on Indy 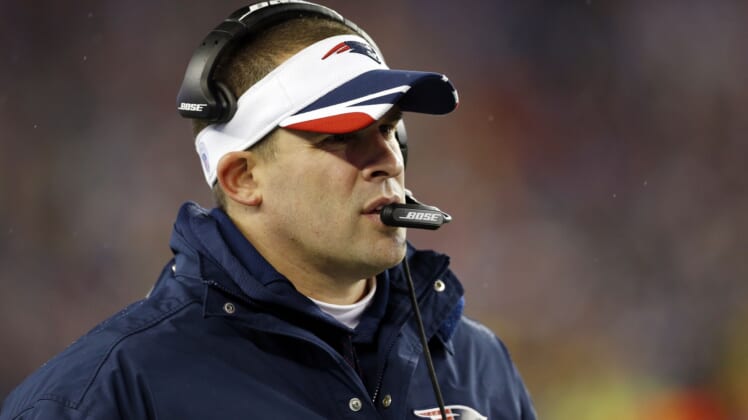 Well, the rug just got pulled out from the Indianapolis Colts organization with some jaw-dropping news. According to ESPN’s Adam Schefter, Patriots offensive coordinator Josh McDaniels has turned down the head coaching job with the Colts.

Apparently, at least according to one of Schefter’s sources, this has everything to do with Robert Kraft holding a grudge against Indy for its role in the Deflategate scandal.

Text from one league source: “That’s Kraft putting it to the Colts again. He will forever try and (expletive) that place ever since deflate gate.”

This immediately sparked a huge fuss on social media. Here are several observations that that the Twitter world has come up with in speculation.

Mcdaniel got scared of facing Bortles twice a yr

Andrew Luck is never throwing a football ever again.

Got to love Josh McDaniels pulling a Deandre Jordan and reversing course on taking the Colts gig. Smart move. Nobody wants to work for the walking DUI, Jim Irsay. Plus, heard it here first, Andrew Luck is never coming back to be the player he was before. #baltimorecolts #karma

Josh McDaniels backing away from the Indianapolis colts head coaching job further shows he isn't a good coach and NEEDS Tom Brady to make him successful. Why else would you agree to be the coach for 3 weeks and then turn it down? Dude is scared he will fail again! #WhatAJoke

Rumor circulating from league insiders: Josh McDaniels refusal to take Indianapolis Colts job means Bill Belichick's retirement could be imminent and McDaniels slides into the HC spot for the Pats..