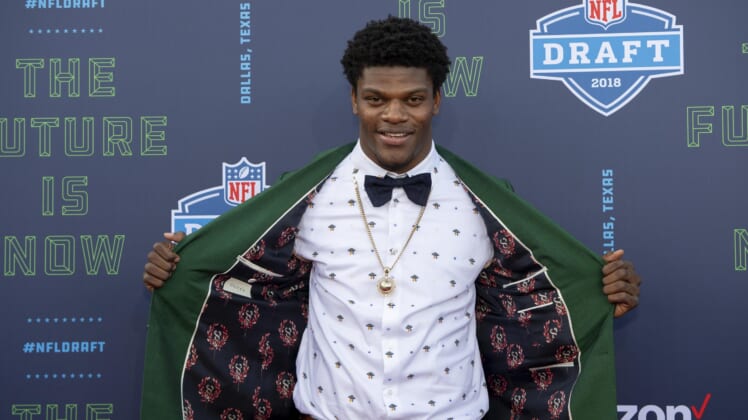 The first round of the 2018 NFL Draft ended just how it began, with a Heisman Trophy winner being selected. Baker Mayfield went first overall to the Cleveland Browns, while the Baltimore Ravens traded up to draft Louisville quarterback and 2016 winner Lamar Jackson.

The response to the move on Twitter was generally positive.

Let the “Is Lamar Jackson elite?” debate begin in Baltimore

So, now it will be Lamar Jackson handing the Dolphins their annual losses in Baltimore.

Lamar Jackson Got that … Yea Ok look in his eyes #Underdog

Y’all see that look in Lamar Jackson eyes? That’s hunger. He coming for teams who passed him up. Time to eat