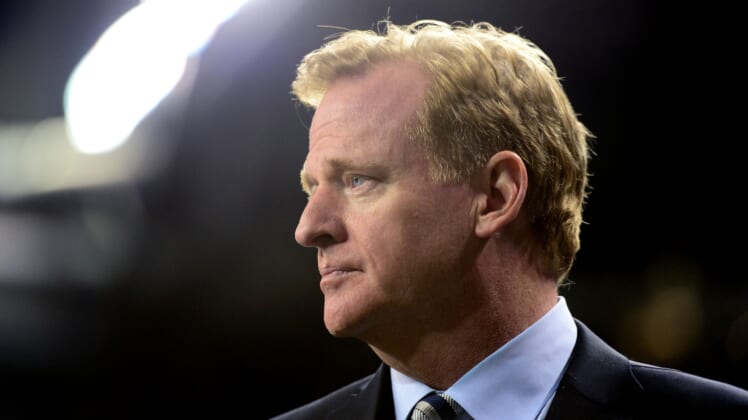 Jameis Winston has been suspended three games by the NFL for violating the league’s personal conduct policy. He was found to have touched a female Uber driver back in 2016 “in an inappropriate and sexual manner” following a league investigation.

Winston, in a prepared statement, said he will not appeal this suspension and will therefore miss the first three games of the 2018 NFL season.

Social media was abuzz with reactions following this news. The big issue most people had was the length of this suspension, which, compared to other suspensions the league has issued for issues most feel are far less consequential, is pretty ridiculous.

With that being said, many on Twitter absolutely hammered the NFL for its decision.

I'm having a hard time understanding how the NFL concluded that Jameis Winston did do what he was accused of, but that was somehow only half as bad as what Ezekiel Elliott did. https://t.co/ZeV5Qt65gz

Let’s just all agree that these suspension numbers are absurdly wrong. All of these domestic incidents should result in losing a season. Unfortunately the NFL is greedy af and can’t lose stars of the league for that long of a term. It’s a damn shame

The @NFL is a corrupt and vile organization, @EzekielElliott should sue them for the damage they did to his name, reputation and costing the cowboys a chance to make the playoffs, in Winston can negotiate his own suspension, why doesn’t every player get the chance #FireGoodell

The inconsistency in the #NFL’s handling of suspensions offences is absolutely absurd. How deflating a football and drinking beers on vacation is treated more severely than the abuse of a woman is beyond me.

Jameis Winston got three games for groping someone. How many players have received harsher suspensions for smoking weed, exactly? Good job, NFL. You messed up again.

NFL suspensions stay a joke…how does Jameis ONLY get 3 games? Zeke got 6 on a probable sham allegation….Brady got 4 for slightly deflating balls in a total blowout.