Twins turn to Aaron Sanchez in effort to sweep Giants 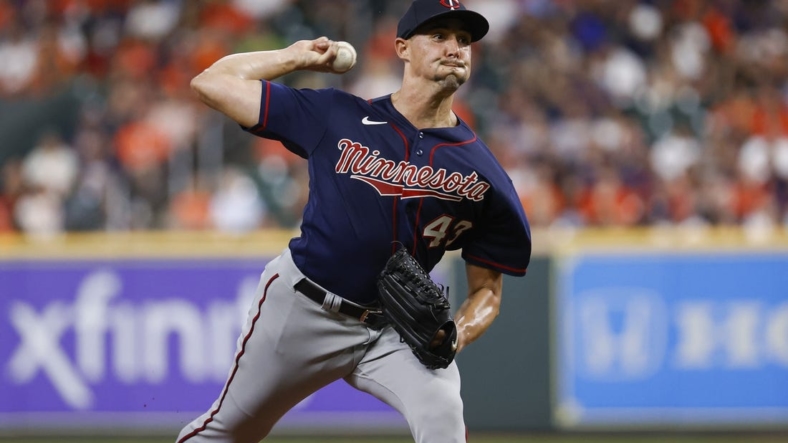 For the Minnesota Twins, a theme of their run production this weekend is timing.

The ability to get two differing wins gives the Twins a chance to get a three-game sweep of the visiting Giants on Sunday afternoon.

The Twins returned home on a six-game skid that saw them get outscored 28-12 against the Texas Rangers and Houston Astros and threaten to drop them under .500 for the first time since April 23.

The Twins countered their struggles by rolling to the easy win on Friday and then squeezing by on Saturday when Gilberto Celestino drew a four-pitch walk for the winning run after getting a bases-clearing double Friday.

“When you have ups and downs in a game, in a very tightly contested game, like it was tonight, and then you just find a way, no one cares how you get it done, you just want the result,” Minnesota manager Rocco Baldelli said.

In both wins, Carlos Correa helped immensely with his bat.

He had four hits Saturday, including a two-out, run-scoring single that preceded Jake Cave’s tying single. On Friday, Correa hit a two-run homer in the opening inning.

The Twins may be going for the sweep without second baseman Jorge Polanco, who exited Saturday’s game in the sixth with left patellar tendinitis and is day to day.

The Giants totaled four hits apiece in the first two games, and their runs came on sacrifice flies by Tommy La Stella and Austin Slater.

San Francisco had three hits in the ninth when Slater lifted a sacrifice fly, but closer Camilo Doval could not get a four-out save and the Giants lost for the seventh time in nine games, a stretch where they have scored more than three runs twice.

“We’re going to bounce back out of it,” San Francisco catcher Joey Bart said. “We’ll continue to get better and keep pushing down the stretch.”

After starting the series with effective outings from Joe Ryan and Sonny Gray, Minnesota hopes Aaron Sanchez (3-4, 7.36 ERA) produces a similar outcome in his third start for the Twins.

Sanchez made his debut for the Twins Aug. 1 by allowing two runs in five innings against Detroit and then allowed two runs in four innings Tuesday in Houston.

Sanchez is 2-1 with a 4.41 ERA in three career starts against the Giants, whom the right-hander faced twice in a six-day span in April with Washington.

Jakob Junis (4-3, 3.58), who is coming off consecutive lengthy starts, will go for the Giants.

Since getting rocked for six runs in 2 1/3 innings on Aug. 10 in San Diego, the right-hander has allowed four runs in 13 2/3 innings against Arizona and Colorado while also getting 22 ground-ball outs and 13 strikeouts.

Junis is 1-1 with a 4.35 ERA in nine career appearances (eight starts) against the Twins. His last start against Minnesota was Aug. 7, 2020, for Kansas City when he allowed two runs in 4 2/3 innings of a no-decision.