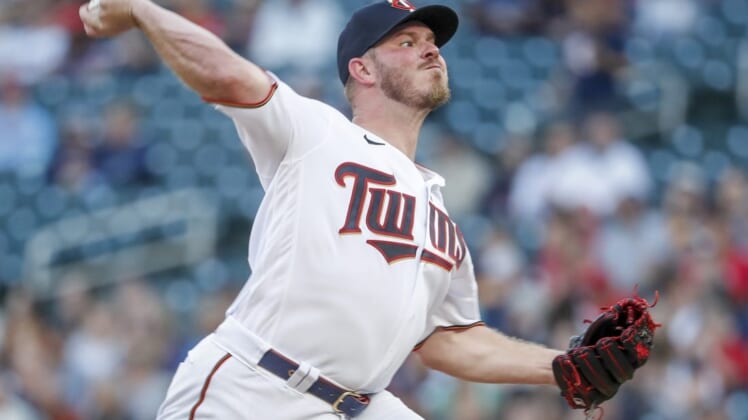 Luis Arraez and Jose Miranda hit back-to-back homers in the first inning to lead the Minnesota Twins to their fourth straight victory, 2-1, over the Texas Rangers in the opening game of a four-game series on Friday night in Minneapolis.

Dylan Bundy (7-5) allowed one run on two hits over 5 1/3 innings to pick up the win for the Twins who remained one game behind Cleveland in the American League Central race. Jorge Lopez pitched around two walks in the ninth to pick up the 22 nd save.

Nathaniel Lowe had an RBI and Bubba Thompson stole a base and scored a run for Texas which fell to 7-25 in one-run games this season. Adolis Garcia also had a single to extend his hitting streak to 17 games for the Rangers.

Martin Perez (9-4) settled down after allowing the two homers in the first of his six innings pitched, allowing two runs on five hits. He walked three and struck out seven while falling to 0-4 in 10 career appearances and seven starts against Minnesota.

The Twins, coming into the game following a three-game sweep of Kansas City, took a 2-0 lead in the first inning on the back-to-back home runs by Arraez and Miranda. The 363-foot drive into the rightfield bleachers was the seventh homer of the season for Arraez and the first by a left-handed batter this season off Perez. Miranda followed with a 372-foot drive into the left field bleachers, his 13 th of the season.

Texas cut the lead to 2-1 in the sixth when Thompson led off with an infield single, stole second and scored on Lowe’s single to center. The run snapped a scoreless inning streak by Twins pitchers at 31, just one inning off the team record of 32 in a row set in 2004.

The Rangers threatened to tie it in the ninth when Jonah Heim and Leody Taveras drew back-to-back one-out walks. Brad Miller then lined out sharply to right fielder Max Kepler who then doubled off pinch-runner Charlie Culberson at second base to end the game.