Twins sweep Royals ahead of big series in Cleveland 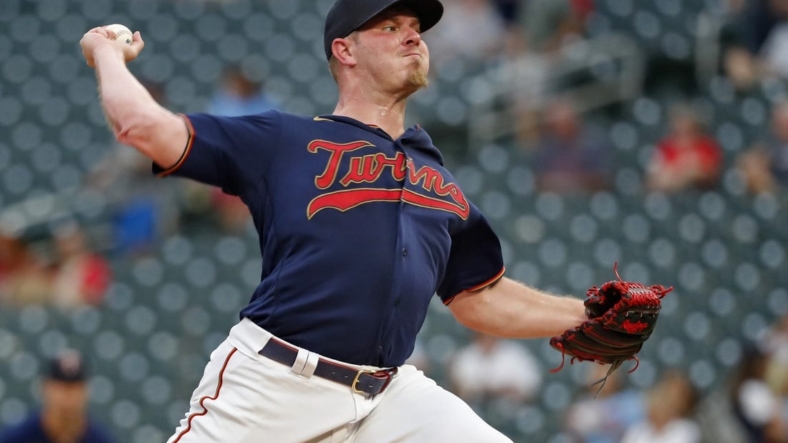 Carlos Correa and Nick Gordon each homered and five Minnesota relievers combined to pitch five shutout innings as the Twins completed a three-game series sweep of the Kansas City Royals with a 3-2 victory on Thursday night in Minneapolis.

It was the third time this season that Minnesota (72-70) swept the Royals in a series. The Twins, who open a five-game series at American League Central leader Cleveland on Friday night, closed to within four games of the Guardians.

Trevor Megill (4-3), the first of five Minnesota relievers, picked up the win with a hitless fifth inning.

Jhoan Duran bounced back from allowing back-to-back singles to begin the ninth to earn his seventh save. He struck out Michael A. Taylor and Nick Pratto with runners at second and third to end the game.

Salvador Perez homered and had two hits and Michael Massey also had two hits for Kansas City (57-87), which lost its seventh straight game against the Twins. Daniel Lynch (4-11) suffered the loss, allowing three runs on seven hits over five innings while striking out eight.

Minnesota jumped out to a 1-0 lead in the first inning, when Correa lined his 21st home run of the season; it hit off the facing of the second deck in left field. The 414-foot drive, clocked at 112 mph, was Correa’s fifth homer over the last eight games.

Kansas City tied it 1-1 in the second inning, when Massey doubled into the gap in right-center and then scored on a single by Taylor.

The Twins regained the lead, 3-1, in the bottom of the second. Gilberto Celestino led off with a double and Gordon followed with a 400-foot drive into the second deck in right; it was his seventh home run of the season.

The Royals cut it to 3-2 in the fourth when Perez led off with his 21st homer of the season. The 417-foot drive to dead center was the 20th of Perez’s career at Target Field, the most by any visiting player.