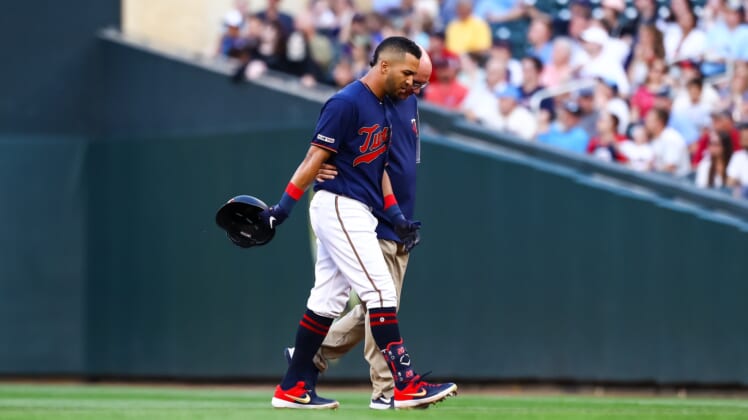 The Minnesota Twins might be one of MLB’s biggest surprises this season. But with a limited payroll, they can’t afford the injury bug to come calling.

Unfortunately, that’s exactly what happened early on Wednesday against the Tampa Bay Rays. Star outfielder Eddie Rosario exited the game in the third inning after attempting to stretch a single into a double.

The injury came after Rosario stumbled around first base. He was seen with the trainer before slamming his helmet to the ground in disgust.

This could be an absolutely major blow for the first-place Twins. Rosario entered Wednesday’s action hitting .278 with a team-high 20 homers and 59 RBI.

It’s especially concerning given the injuries Minnesota is currently dealing with in the outfield. Byron Buxton, Marwin Gonzalez and Max Kepler are all injured.

It’s especially concerning given injuries Minnesota currently has in the outfield.