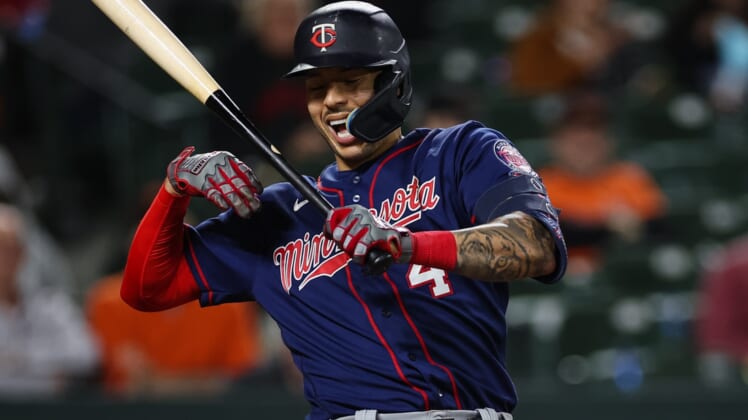 Minnesota Twins shortstop Carlos Correa will undergo further tests on his right middle finger to determine the severity of an injury sustained Thursday night in a game against the Baltimore Orioles.

The Twins, who lead the American League Central, said early initial indications are that Correa has a non-displaced fracture. He is expected to have a CT scan on Friday.

Correa was hit by a pitch in the seventh inning as he swung at a changeup from Baltimore pitcher Bryan Barker. The ball rolled back to Barker for a groundout, and Correa came out of the game, which the Orioles won 5-3.

With Correa expected to land on the injured list, multiple reports said the Twins will call up Royce Lewis, their top prospect who is listed by MLB.com as the No. 44 overall prospect.

In 24 games at Triple-A St. Paul, this season, Lewis is batting .310 with three home runs, 11 RBIs and eight stolen bases.

The Twins signed Correa, 27, to a three-year, $105.3 million deal in March. A two-time All-Star, Correa also won a Gold Glove in seven seasons with the Houston Astros.