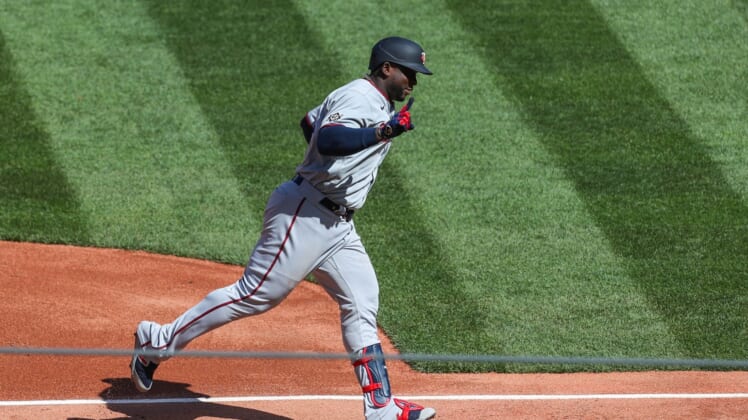 Luis Arraez went 2-for-4 with two RBI and rookie Joe Ryan struck out seven over six innings as the visiting Minnesota Twins beat the Boston Red Sox 8-4 on Friday.

Ryan allowed just five hits and one run in his seventh career start. The Twins’ offense supported him with one run in the first, three in the second and two more in the fifth.

Ryan and Jhoan Duran combined to throw five scoreless innings after Alex Verdugo’s homer started the Sox off in the second.

But, Boston climbed back into the game with a three-run eighth as Kike Hernandez traded places with Jackie Bradley Jr. for a run-scoring double and Rafael Devers homered inside the Pesky Pole in right.

Devers and Bradley had two hits apiece for Boston, which had won two in a row before its home opener.

Two Matt Barnes walks in the ninth turned into Minnesota runs on Max Kepler’s single and Trevor Larnach’s RBI groundout. Emilio Pagan struck out two in the bottom half of the inning to clinch the Twins’ win.

Red Sox starter Nick Pivetta was charged with his second loss in as many starts after laboring through two innings, allowing one run in the first inning and three in the second on five total hits. He threw 54 pitches, 32 for strikes.

It was a good start for Minnesota on the scoreboard, but not in the injury department. Center fielder Byron Buxton was injured on his slide into second base on a leadoff bloop double.

Buxton immediately walked off with right knee soreness and was replaced by Nick Gordon, who scored on Arraez’s single to center in the next at-bat.

In the second, Sano’s first hit of the season came in the form of a towering one-out, two-run homer to left and Arraez drove in his second run on a line double to right.

Ryan struck out three of the first four batters he faced before Verdugo blasted a homer over the Green Monster.

Sanchez hit a two-run single past a drawn-in infield off Red Sox reliever Hirokazu Sawamura to extend the Twins’ lead to 6-1 in the fifth.