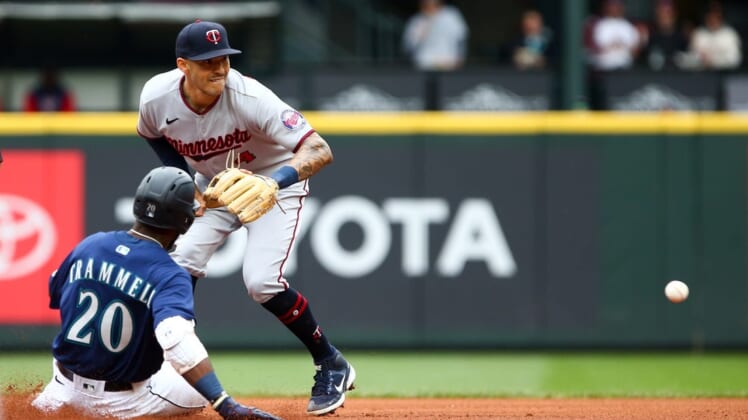 Ryan Jeffers singled home the game’s first run with two outs in the seventh inning and the Minnesota Twins went on to defeat the host Seattle Mariners 5-0 on Wednesday afternoon.

Right-handed reliever Griffin Jax (4-0) earned the victory with a perfect sixth inning as the Central Division-leading Twins took two of three games in the series.

Twins starter Sonny Gray made his return from the injured list after a right pectoral strain in a May 29 game. The right-hander went five innings and allowed just three hits with no walks and three strikeouts.

Mariners left-hander Marco Gonzales (3-7) was the hard-luck loser, allowing just one run on three hits in 6 2/3 innings, with two walks and two strikeouts.

With one out in the seventh, the Twins’ Gary Sanchez blooped a single into shallow right field. Gonzales then walked Luis Arraez, the major league’s leading hitter, on four straight pitches.

Mariners manager Scott Servais came out to the mound but left Gonzales in the game. With runners at first and second, Gonzales got Jose Miranda to ground to third baseman Eugenio Suarez, who threw to second for an out. The relay from second baseman Adam Frazier to first for a potential inning-ending double play was just late, a call confirmed by video review after Servais challenged the ruling.

Right-hander Paul Sewald replaced Gonzales and Jeffers hit an 0-1 pitch off the base of the wall in left field to score Sanchez.

The Twins added three runs in the eighth. Gilberto Celestino led off with a line-drive single to right off Penn Murfee and scored on Carlos Correa’s one-out double to left. Sanchez drew a two-out walk and the runners advanced on a wild pitch. Arraez then grounded a two-run single into left-center to make it 4-0.

Minnesota capped the scoring in the ninth as Jeffers led off with a walk against Roenis Elias and moved to third on Max Kepler’s double to right. Jeffers scored on Celestino’s groundout.