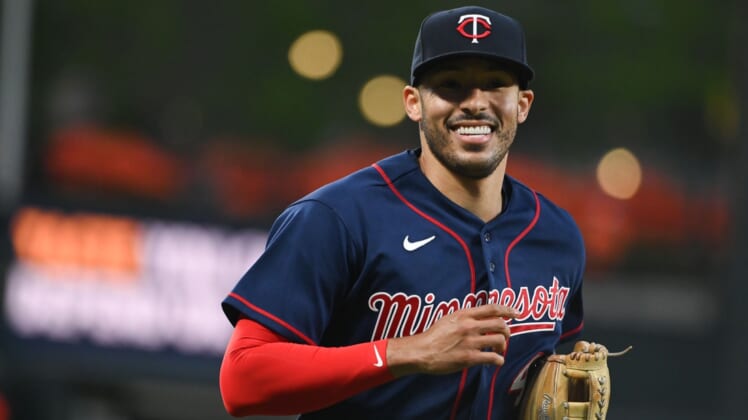 The Minnesota Twins reinstated shortstop Carlos Correa from the 10-day injured list before Wednesday’s road game against the Oakland Athletics.

Correa sustained a right middle finger contusion when he fouled a ball off his hand on May 5 at Baltimore. He has missed the last 11 games.

Correa, 27, was starting to heat up, batting .412 with three doubles, one home run and eight RBIs in eight games leading up to the injury. For the season, the two-time All-Star is hitting .255 with two HRs and 11 RBIs.

To make room on the 26-man roster, the Twins optioned infielder Royce Lewis to Triple-A St. Paul. Lewis, 22, made his MLB debut on May 6 and batting .308 with two homers and five RBIs in 11 games for Minnesota.