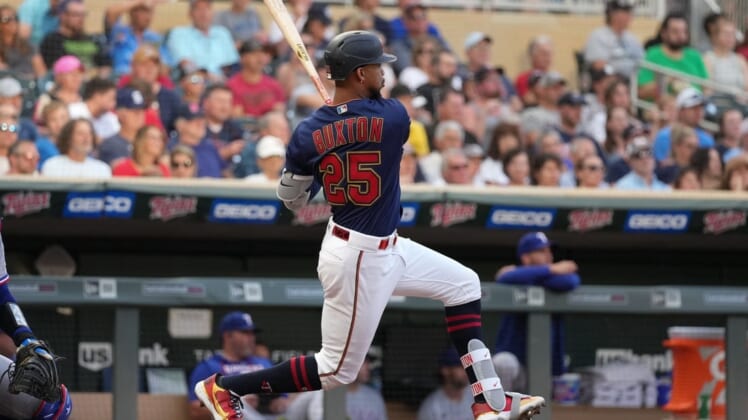 Buxton is batting .224 with 28 home runs and 51 RBIs in 92 games for the Twins this season. He entered Tuesday tied for third in the American League in home runs.

The start marks Sanchez’s second appearance with Minnesota. He started a game on Aug. 1 and subsequently was designated for assignment. He later accepted an assignment to the minors.

Sanchez opened the season with the Washington Nationals before being released on May 31. He signed with Minnesota on June 6.

Hamilton, 27, played in three games for the Twins last month, including making his major league debut on July 17.

Smeltzer, who was recalled on Saturday, appeared in one game in relief, allowing one run on five hits in three innings pitched against the Texas Rangers on Saturday night.