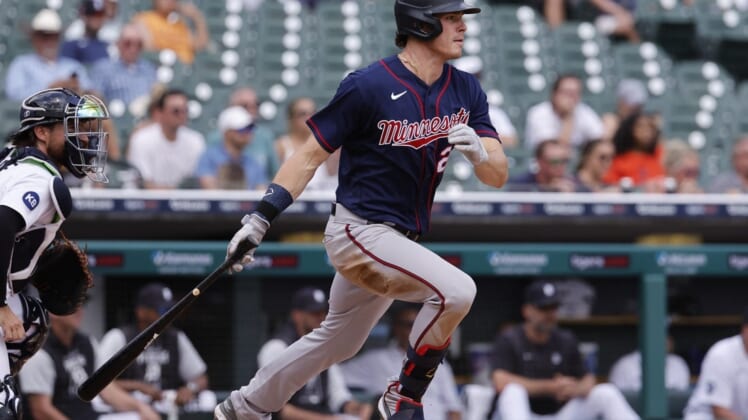 Gary Sanchez hit a three-run home run, Max Kepler had three hits and drove in three runs and the Minnesota Twins pounded the host Detroit Tigers 8-2 in the first game of a doubleheader on Tuesday.

Minnesota has won six of eight meetings between the American League Central rivals.

The Twins jumped to a quick 2-0 lead. Arraez led off the game with a single. Kepler hit a one-out single and both advanced on a groundout. Larnach then drilled a fastball off the right-center field wall for a double to knock in both runners.

Minnesota extended its lead to 6-0 in the third. Byron Buxton led off with a single and Kepler brought him home with a double. A Jorge Polanco single put runners on the corners. One out later, Sanchez drilled his sixth homer over the left-center field wall.

The Tigers got one run back in the fourth. Miguel Cabrera hit a single and moved to third on a Javier Baez double. Candelario brought in Cabrera with a groundout.

The Twins tacked on two unearned runs in the seventh. Errors by shortstop Baez and second baseman Jonathan Schoop gave Minnesota two baserunners with no outs. A wild pitch put them in scoring position and Kepler drove them in with a single.

Cameron’s two-out RBI double in the bottom of the inning made it 8-2. He drove in Eric Haase, who reached on a fielder’s choice.