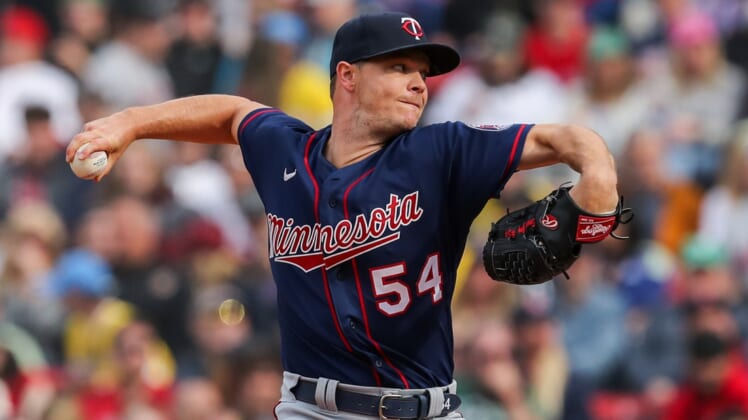 Gray exited Saturday’s game against the host Boston Red Sox after appearing to slip during a pitch to Bobby Dalbec in the second inning. Dalbec popped up the pitch, and Gray grabbed his right hamstring area.

Gray took the loss after allowing one hit — a two-run homer by Alex Verdugo — in 1 2/3 innings.

Acquired in a trade with the Cincinnati Reds on March 13, Gray owns a 0-1 record with a 5.68 ERA in two games this season.

Also on Sunday, the Twins returned right-hander Cody Stashak from his rehab assignment and reinstated him from the 10-day injured list. He missed the Twins’ first eight games with right biceps tendinitis.