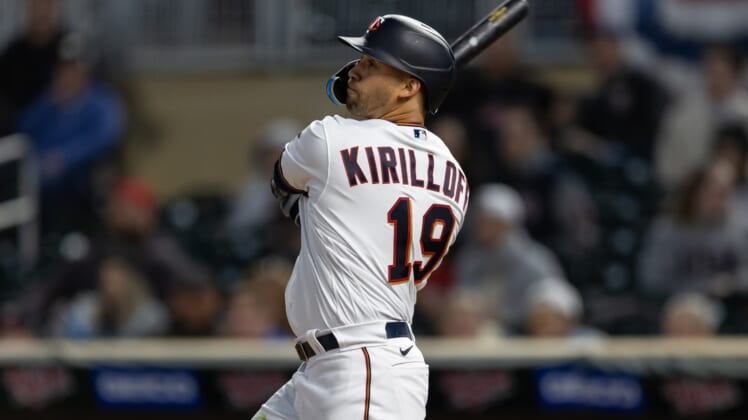 Also on Wednesday, the Twins designated right-hander Jharel Cotton for release or assignment.

Kirilloff, 24, is just 1-for-17 with seven strikeouts in five games this season. He batted .251 with eight homers and 34 RBIs in 59 games last season, his first in the majors.

Rodriguez, 29, permitted one hit and struck out five over scoreless innings in his lone start this season for St. Paul. The son of Hall of Famer Ivan Rodriguez, he owns a 12-15 record with a 4.27 ERA in 51 career games with the San Francisco Giants from 2018-20.