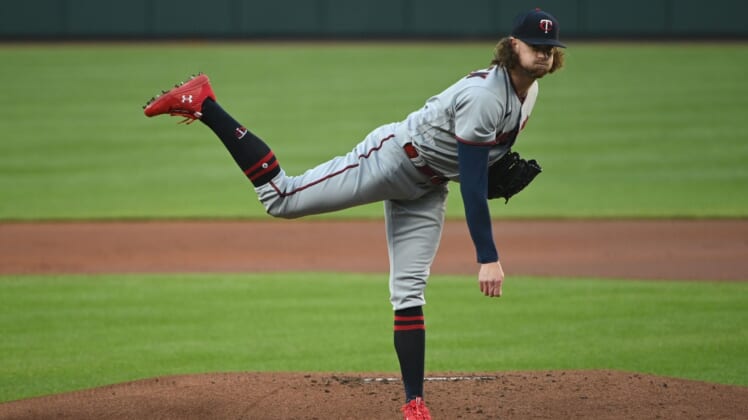 Chris Paddack worked into the sixth inning with another strong start, and this time he was rewarded for it as the Minnesota Twins defeated the host Baltimore Orioles 2-1 on Monday night in the opener of a four-game series.

Carlos Correa drove in the tie-breaking run with a sixth-inning single as Minnesota won for the 10th time in its last 11 games despite managing just seven hits.

The Orioles were trying to reach a three-game winning streak for the first time this season, but they collected only four hits. It was the fourth time in the last six games that Baltimore failed to register more than two runs.

Paddack (1-2) gave up one run, four hits and a walk in 5 1/3 innings while striking out three. It was his third consecutive solid start, but he finally collected his first victory as a member of the Twins after the past three seasons with the San Diego Padres.

The Orioles didn’t have a hit in the last three innings, with just one batter reaching base.

The Twins’ lone extra-base hit was Trevor Larnach’s double. He scored on Ryan Jeffers’ single for the game’s first run in the fifth inning.

The Orioles pulled even in the bottom of the inning on a sacrifice fly by Ramon Urias after Rougned Odor tripled to begin the frame.

The winning run came when Byron Buxton led off the sixth with a single off Baker and moved to second on a groundout before Correa’s hit.

It was a quiet night on offense for the Twins, who scored nine runs in each of their past two games in wins at Tampa Bay.

Jose Miranda made his major league debut, playing third base for the Twins. He went 0-for-4 while holding the sixth spot in the batting order.

No player in the game had more than one hit.