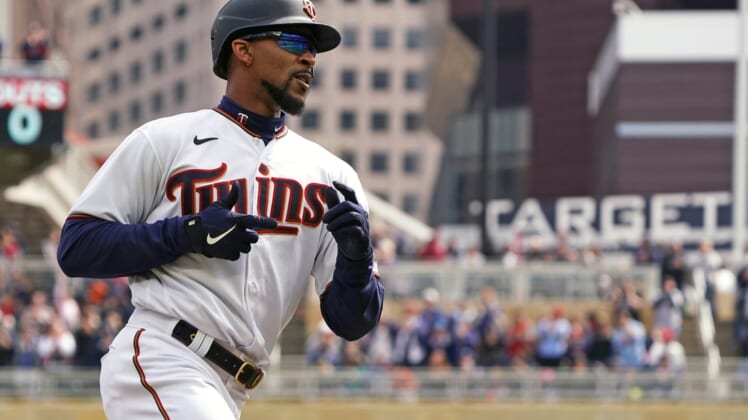 Minnesota Twins center fielder Byron Buxton left Friday’s game in Boston in the first inning with an apparent leg injury after sliding into second base with a leadoff double.

Buxton screamed in pain and slapped the ground before hobbling off the field. Nick Gordon replaced Buxton and scored on a single by Luis Arraez to give the Twins a 1-0 lead over the Red Sox.

Buxton, 28, signed a seven-year extension this offseason worth a reported $100 million.

He is batting .250 (6 for 24) through seven games this season with three home runs and four RBIs.

He batted .306 in 2021 with a career-high 19 home runs to go wtih 32 RBIs, 50 runs scored and nine stolen bases. His 1.005 OPS led American League hitters with at least 200 at-bats and ranked second in baseball after only National League MVP Bryce Harper (1.044) of the Philadelphia Phillies.

The Twins selected Buxton with the No. 2 overall pick in the 2012 draft.