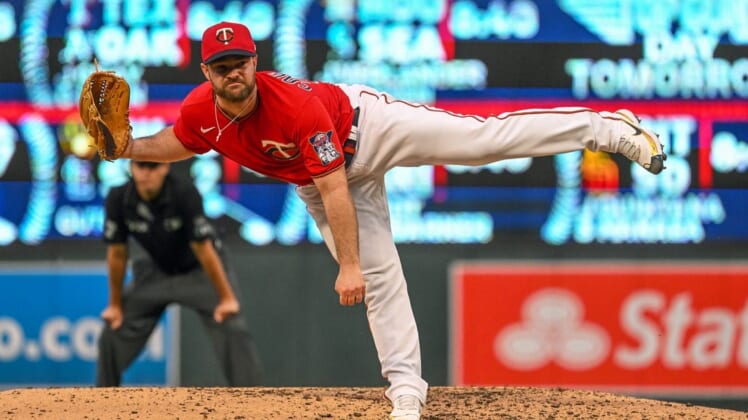 One day after coming off the 15-day injured list, Minnesota Twins reliever Danny Coulombe landed back on the list Saturday with the same left hip impingement.

The 32-year-old left-hander came in to start the fourth inning in Friday night’s 10-7 win against the visiting Kansas City Royals. He allowed one run on two hits with two walks and retired only one batter.

Coulombe has pitched in 10 games out of the Minnesota bullpen this season and has a 1.46 ERA and no decisions.

Moran, 25, was with Minnesota from May 2-6 and tossed 2 2/3 scoreless innings with no walks and five strikeouts.