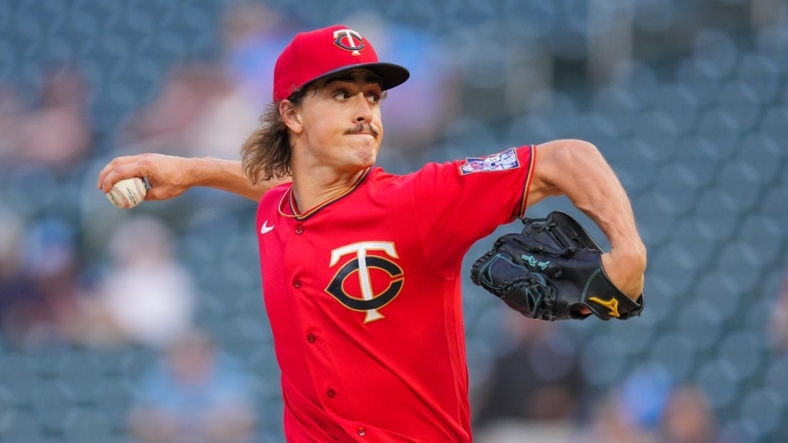 Rookie Joe Ryan threw seven no-hit innings and the Minnesota Twins came within two outs of a combined hitter in a 6-3 victory over the Kansas City Royals on Tuesday night in Minneapolis.

With his next start this weekend in a make-it-or-break-it, five-game series at Cleveland, Ryan (11-8) was lifted after throwing 106 pitches, 72 for strikes. His career high for pitches in a game was 110. The right-hander walked two and fanned nine.

Minnesota rookie left-hander Jovani Moran took over in the eighth and threw a 1-2-3 inning. The Twins sent him back to the mound for the ninth. He fanned Drew Walters, then walked pinch hitter Hunter Dozier and MJ Melendez before Bobby Witt Jr. lined a 1-2 pitch into the left field corner for an RBI double.

The Royals added runs on a Sebastian Rivero single and a Vinnie Pasquantino sacrifice fly before Moran struck out Nick Pratto to end the game.

Kansas City’s only baserunners against Ryan came when MJ Melendez drew a four-pitch walk to open the game and a six-pitch walk in the third inning.

Minnesota’s last no-hitter was by Francisco Liriano on May 3, 2011, against the White Sox in Chicago. The Twins have never had a combined no-hitter in franchise history.

Carlos Correa homered, doubled and drove in three runs for the Twins (70-70), who had lost six of their previous seven games.

Minnesota’s Jose Miranda and Gio Urshela also homered. Luis Arraez went 3-for-4 and scored two runs, and Urshela also had three hits for the Twins, who remained five games behind the Cleveland Guardians in the American League Central.

Minnesota took a 2-0 lead in the third inning on an RBI double by Correa and an RBI single by Miranda.

Correa made it 4-0 in the fifth with his 20th home run of the season, a 395-foot two-run shot down the left field line. Miranda followed with his 15th homer one out later.

Urshela extended the lead to 6-0 in the sixth with his 12th home run, a 421-foot drive to left-center.