Twins eager to build on walk-off win over Orioles 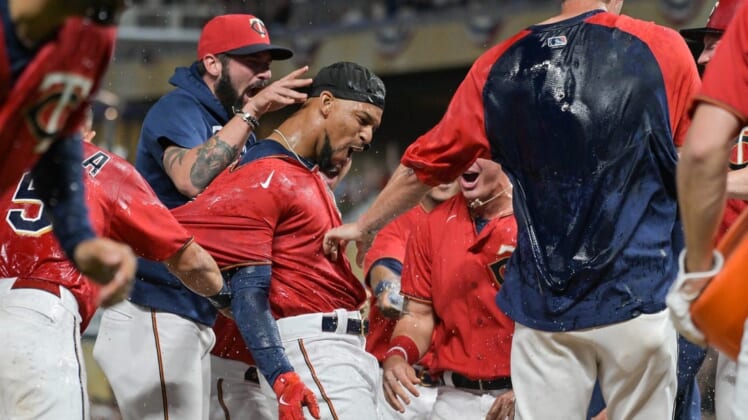 The Minnesota Twins will try to keep their positive momentum rolling on Saturday when they take on the Baltimore Orioles in the second installment of a three-game series in Minneapolis.

The Twins are coming off a walk-off win over the Orioles in the series opener on Friday. Byron Buxton belted a two-run homer with no outs in the bottom of the ninth inning to lift Minnesota to a 3-2 victory.

Ryan cited a scene from the famed TV series, “The Office.”

Meanwhile, Baltimore will try to bounce back after losing its third game in a row.

The Orioles led 2-1 entering the ninth inning on Friday, only to have right-hander Jorge Lopez post his third blown save in 16 chances. He has a 1.22 ERA this season with 39 strikeouts in 37 innings.

Lopez said he was eager to get back on the mound to make it up to his teammates.

Orioles manager Brandon Hyde said Lopez should not put too much weight on his shoulders.

“He’s not going to be perfect,” Hyde said. “He’s been close to that so far this year.”

Minnesota will turn to right-hander Sonny Gray (4-1, 2.17 ERA) as it seeks back-to-back wins. Gray is coming off a victory over the Cleveland Guardians on Monday which he pitched seven scoreless innings, allowing three hits and one walk while striking out three.

That was the final start Gray made with Wes Johnson as his pitching coach. Johnson accepted the same role with LSU one day earlier and stayed with the Twins for a few more games.

“I was mad at him a lot today; I was happy for him a lot today,” Gray said after the Monday game. “I used every emotion and everything that I kind of was going through and used it to pour it into the game. …

“It’s a tough one. It’s someone who I’ve become really close with. If you know me at all, letting people in and getting into relationships in that respect, I put my guard up a lot. Wes is someone who was in.”

The Orioles will counter with right-hander Jordan Lyles (4-7, 4.94 ERA), who is looking for a victory after taking losses in his past two outings. Lyles gave up four runs on six hits in seven innings in his most recent start, Sunday against the Chicago White Sox.