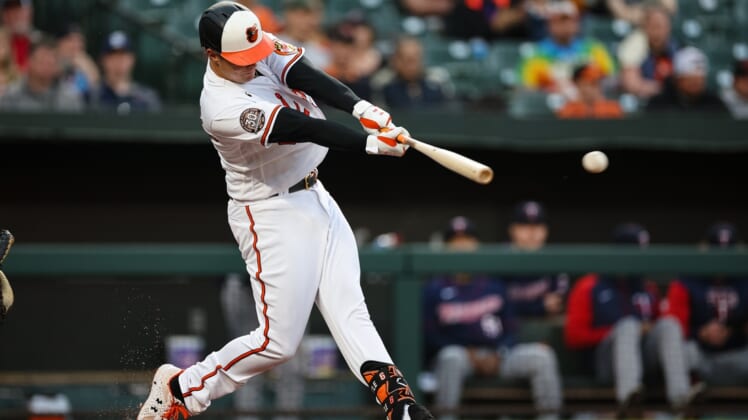 Cedric Mullins and Ramon Urias each hit two-run homers in Baltimore’s six-run third inning and the light-hitting Orioles broke out of an offensive slide to defeat the visiting Minnesota Twins 9-4 on Wednesday night.

The Twins had their four-game winning streak snapped, and it was just their second loss in their last 13 games.

Former Baltimore pitcher Dylan Bundy (3-2) was roughed up, surrendering all nine runs on 11 hits and two walks in 3 2/3 innings. He struck out three.

Trey Mancini had three hits and a walk for the Orioles, who will try to forge a split of the series in Thursday night’s game.

The Orioles had scored just three runs over the first two games of the series. After pummeling Bundy, they failed were shut out by Minnesota’s bullpen, with Danny Coulombe and Jovani Moran combining for 4 1/3 innings.

Mullins opened the scoring with his home run, which followed Jorge Mateo’s leadoff double in the third. Urias’ first homer of the season capped the inning’s scoring. In between, Austin Hays and Rougned Odor provided run-scoring singles.

After Baltimore’s big inning, the Twins responded with four runs in the fourth, including Carlos Correa’s two-run homer.

The Orioles came right back with three runs in the bottom of the fourth, with Anthony Santander’s single, Hays’ sacrifice fly and Mountcastle’s double driving them in.

Trevor Larnach had two hits for the Twins, who had seven singles aside from Correa’s home run.