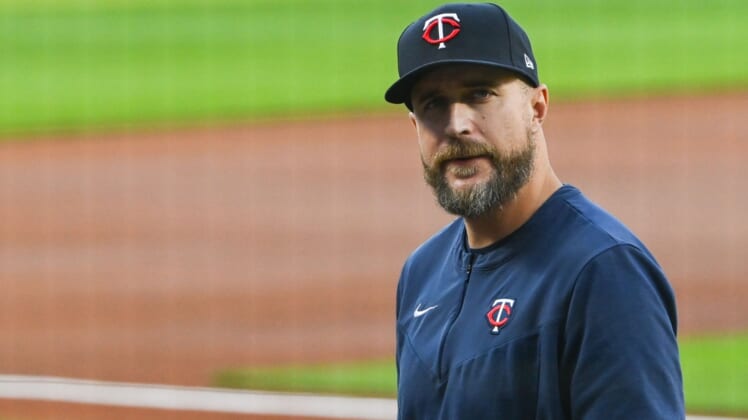 Bench coach Jayce Tingler will fill in as the Twins’ manager in Baldelli’s absence.

Minnesota general manager Thad Levine also told reporters that the clubhouse is dealing with a separate, non-COVID illness that has affected players including right fielder Max Kepler. But Kepler was in the lineup for the Twins’ road game Thursday at the Baltimore Orioles.

Bundy, 29, is in his first season with Minnesota after five with Baltimore and two with the Los Angeles Angels. The right-hander is 3-2 with a 5.76 ERA in five starts, tossing 22 strikeouts and only five walks in 25 total innings.

He pitched Wednesday and took the loss in a 9-4 defeat to Baltimore, giving up nine runs and 11 hits (two home runs) in 3 2/3 frames.

Arraez, 25, has played in 23 games for the Twins in his fourth season with the club. He is batting .301 with one home run, seven RBIs and seven runs scored.

Tinger managed the Padres the past two seasons and compiled a 116-106 record.