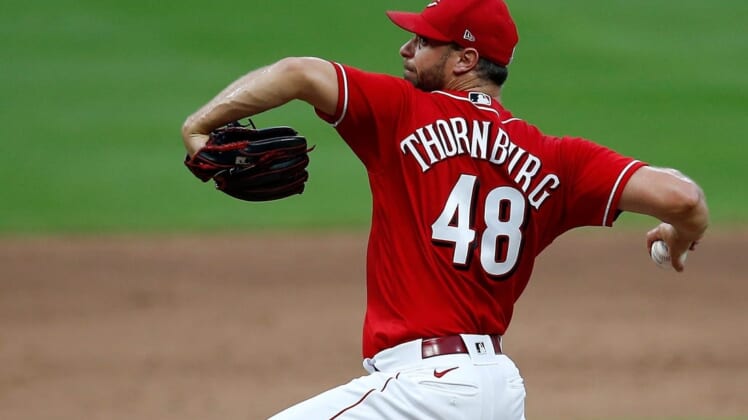 Thornburg, 33, started the season with the Atlanta Braves and was released on May 29. He signed with the Saints on June 3 and appeared in two games, giving up two unearned runs with three hits, no walks and five strikeouts. He had a 1-0 record in St. Paul.

With Atlanta this season, he appeared in nine games and had a 3.86 ERA, giving up six runs (four earned) in 9 1/3 innings. A veteran of nine seasons, he’s also played for the Milwaukee Brewers, Boston Red Sox and Cincinnati Reds and has a career record of 16-9 with a 3.49 ERA in 201 games (10 starts).

In a corresponding move, the Twins designated right-hander Chi Chi Gonzalez for release or assignment. He made two starts for Minnesota this season, posting a 7.71 ERA. He took a no-decision in Saturday’s start against the Tampa Bay Rays, giving up three runs on eight hits in four innings with no walks and three strikeouts.