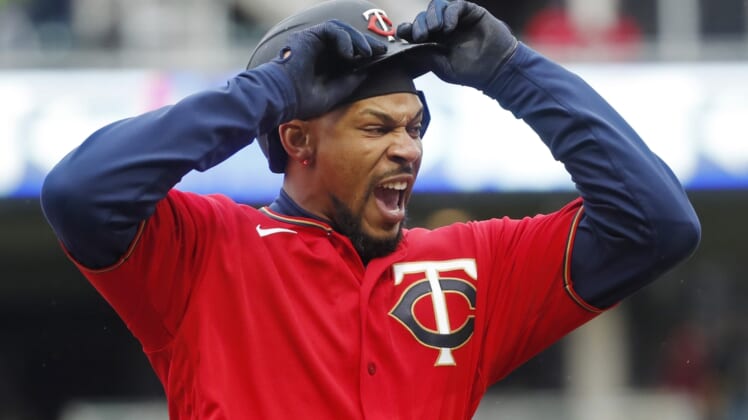 The Minnesota Twins will go for their fifth win in a row when they host the Detroit Tigers on Tuesday night in Minneapolis to open a three-game series.

Minnesota is coming off a dramatic 6-4 win over the Chicago White Sox in 10 innings on Sunday. Byron Buxton hit a walk-off, three-run homer to give the Twins a series sweep.

“It feels good,” Buxton said. “The biggest part is that confidence taking over the clubhouse. Once you’ve got a confident clubhouse … there’s nothing that we aren’t capable of doing. This is just the start. …

“We know how to get each other locked in. That’s the fun part of being in this locker room. Nobody cares about what you’ve done. It’s all about trying to get the win at the end of the day. And we’ve all got one picture, and it’s to win a ring.”

Detroit hopes to spoil the good feelings in the Twins’ clubhouse. The Tigers are coming off two straight losses as they begin a six-game road trip against the Twins and Los Angeles Dodgers.

Production at the plate has been the main problem for the Tigers, who have scored more than three runs only one time in their past eight games.

“We just got beat, we didn’t play well,” Tigers manager A.J. Hinch said after his team’s latest game, a 6-2 loss to the Colorado Rockies. “There was nothing about missing energy. That’s no excuse. There was no letdown. … We need to show up better to win a series.”

The Tigers will turn to left-hander Eduardo Rodriguez (0-1, 5.27 ERA) to try to stop the skid. Rodriguez posted his first quality start of the season in his most recent outing, going six innings and allowing three runs against the New York Yankees.

In seven career starts against the Twins, Rodriguez is 4-1 with a 3.21 ERA.

Minnesota will counter with right-hander Chris Paddack (0-2, 5.00), who is scheduled to make his third start of the season. He pitched four innings in his season debut and five innings in his second outing, and he is still in search of his first quality start.

This will be Paddack’s first career start against the Tigers. He spent his first three seasons in the National League with the San Diego Padres.

The Tigers expect to have Javier Baez available for a second straight game. He returned Sunday after missing almost two weeks because of a swollen right thumb.

Baez is hitting .261 (6 for 23) with one homer and four RBIs in six games this season. He signed a six-year, $140 million deal with Detroit during the offseason.

“I think the adrenaline is going to help some of the pain and some of the swelling,” Hinch said before Baez returned to the lineup. “It’s not completely resolved. He’s going to have to play through it.”