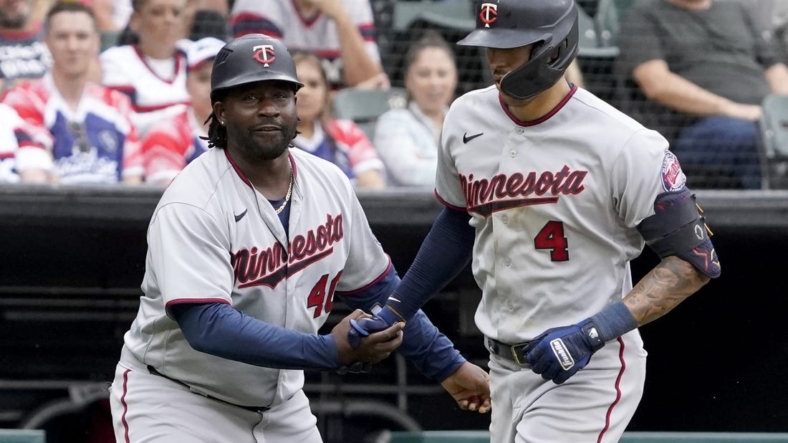 Carlos Correa homered, doubled and drove in two runs and Dylan Bundy pitched five shutout innings as the visiting Minnesota Twins salvaged the final game of their three-game series with the Chicago White Sox with a 5-1 victory on Sunday afternoon.

Bundy (8-6) allowed two hits and a walk to pick up the win. He struck out four and left after throwing just 66 pitches, 47 of which were strikes.

AJ Pollock had an RBI double and Elvis Andrus doubled and had two hits for Chicago, which had a four-game winning streak snapped. Lucas Giolito (10-9) suffered the loss, allowing two runs on six hits over five innings. He walked two and struck out five.

Minnesota, no-hit for 8 2/3 innings by Dylan Cease in a 13-0 thrashing on Saturday night, finished Sunday with 12 hits. The Twins took a 2-0 lead in the fifth inning when Gilberto Celestino led off with a walk and scored one out later on Correa’s 16th home run of the season, a 397-foot line drive into the seats in left-center. It snapped a 14-inning scoreless streak for the Twins.

Chicago cut it to 2-1 in the seventh against reliever Michael Fulmer. Gavin Sheets hit a one-out ground-rule double that bounced into the bleachers in center, advanced to third on a single by Yasmani Grandal and then scored on Pollock’s double off the glove of Kepler in right.

Jhoan Duran replaced Fulmer and threw out pinch-runner Adam Haseley at the plate on Leury Garcia’s squeeze bunt comebacker. Duran then struck out Romy Gonzalez to end the threat.

Minnesota increased its lead to 3-1 in the eighth when Kepler led off with an infield single, advanced to second on a single by Cave, took third on a fielder’s choice by Nick Gordon and scored on a wild pitch by Kendall Graveman.

Miranda made it 5-1 in the ninth when he lined a double over the head of left fielder Andrew Vaughn. That drove in Billy Hamilton, who pinch-ran for Luis Arraez after a single, and Correa, who had doubled.