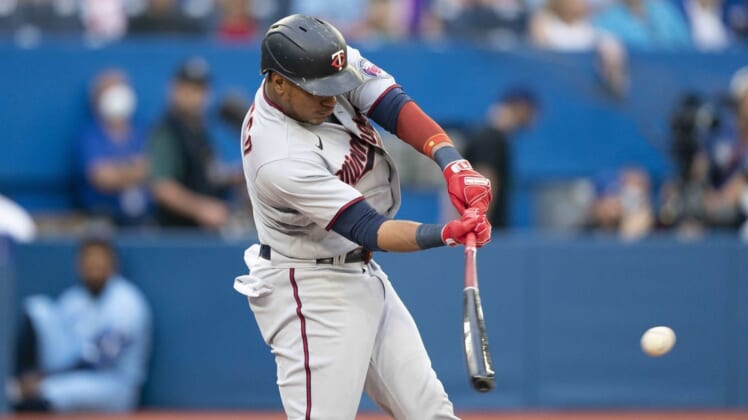 Kyle Garlick and Jose Miranda each had two home runs and three RBIs as the visiting Minnesota Twins defeated the Toronto Blue Jays 9-3 on Friday night.

Minnesota’s Byron Buxton added three hits, including a two-run homer, in the opener of a three-game series.

Jorge Polancio singled and Garlick homered to give Minnesota a 2-0 lead in the first inning.

Springer led off the bottom of the first with his 10th home run of the season. Bo Bichette then doubled and scored on Teoscar Hernandez’s single to tie the game.

Miranda homered to lead off the second, putting the Twins on top for good.

Garlick hit his sixth homer of the season in the top of the third, and Guerrero replied with his 11th in the bottom of the inning.

Jovani Moran replaced Gonzalez and struck out the side in the fourth. After Moran walked the first two batters of the fifth, Cotton took over and retired the next six batters, two on strikeouts.

Minnesota added a run in the eighth. Nick Gordon was hit by an Andrew Vasquez pitch, took second on a balk, stole third and scored on Arraez’s infield hit.

Jeremy Beasley allowed a walk and Buxton’s 12th homer of the season in the ninth.

Griffin Jax pitched a perfect bottom of the ninth.

Twins third baseman Gio Urshela twisted his ankle while being picked off second base in the fourth inning and left the game in the middle of the fifth.