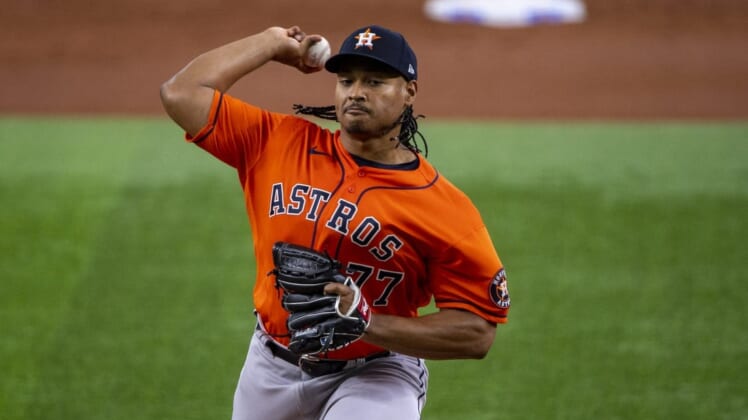 The Houston Astros found a soft spot in the Texas Rangers batting order Wednesday and took advantage by delivering an MLB first: two immaculate innings in the same game.

Astros starter Luis Garcia was the first to show how immaculate he could be when he struck out three Rangers batters on nine pitches in the second inning. In the seventh inning, Houston reliever Phil Maton pulled off the same feat: nine pitches to record three strikeouts.

Adding to the amazement of the accomplishments was that they came against the same three Rangers batters: Nathaniel Lowe, Ezequiel Duran and Brad Miller.

Garcia finished with nine strikeouts over six innings, while Maton faced just the three batters he struck out.

There have now been 106 immaculate innings in MLB history, according to Baseball Almanac.

Houston’s dominating pitching day led to a 9-2 victory over the Rangers as the Astros’ offense opened the game with six runs in the first inning. Of the 27 Texas batters retired, 14 were by strikeout.