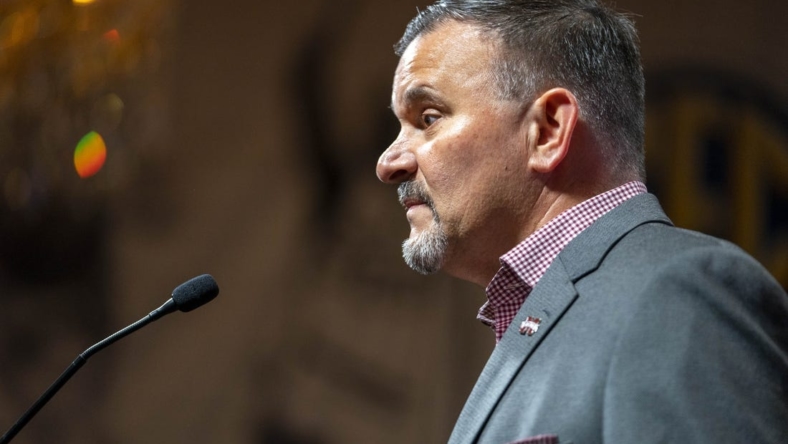 Tulu Smith scored 26 points, one shy of his career-high, as Mississippi State fought off Akron 73-54 on Friday in the Barstool Sports Invitational in Philadelphia.

The Bulldogs (2-0) led by eight points at halftime and survived an Akron haymaker early in the second half, leapfrogging back on top by scoring 10 of the ensuing 12 points with eight from Smith in that stretch. Mississippi State continued on to build a 20-point advantage on two occasions down the stretch and strolled to the finish line.

D.J. Jefferies added 15 points for the Bulldogs. Mississippi State shot 52.7 percent in the game, took 43 rebounds to just 25 for the Zips and forged a 40-20 edge in points in the paint

The Bulldogs never trailed in the first half, scoring the game’s first four points, and went up 21-14 after Eric Reed Jr.’s 3-pointer with 6:17 to play. Akron clawed back to within a point when Castaneda canned a pair of free throws at the 4:21 mark before Mississippi State ended the half on a 12-5 spurt to take a 35-27 lead into the break.

Smith led all scorers with 12 points in the first half with Jefferies adding 10 for the Bulldogs. Mississippi State outshot the Zips 59.1 percent to 29.6 percent before halftime, outrebounded Akron 21-13 and led by eight points despite committing 10 turnovers in the half.

Castaneda and Garvin Clarke paced Akron with 7 points apiece. The Zips were only 3 of 15 from beyond the arc over the first 20 minutes of play.

Akron’s pressing defense helped ignite a 9-0 run early in the second half, with a layup by Enrique Freeman off a Castaneda assist giving the Zips their first lead of the game, at 39-38, at the 16:10 mark. But the Bulldogs immediately responded and slowly pulled away for the victory.