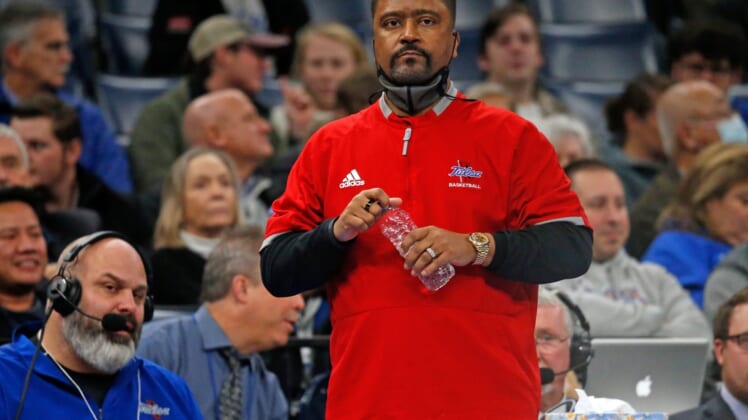 Frank Haith resigned as Tulsa’s coach on Saturday after eight seasons at the helm.

Haith won 20 or more games three times with the Golden Hurricane, but things bottomed out badly this season with an 11-20 overall record and 4-14 mark in American Athletic Conference play.

Tulsa’s season ended Friday when it was routed 83-58 by SMU in the AAC tournament quarterfinals.

“I have enjoyed my time at The University of Tulsa and coaching the many young men who have made us proud as student-athletes and as they have gone on to live their lives after college,” Haith said in the school’s news release. “My family and I will cherish the memories we have made here at the university and in the community.”

Haith guided Tulsa into the 2016 NCAA Tournament. The Golden Hurricane lost 67-62 to Michigan in the First Four, but they never returned to March Madness under Haith, and the Hurricane were just 22-32 over the past two seasons.

“The last two years have been extremely challenging in moving the program forward with the onslaught of COVID,” Haith said. “… I wish the university and the basketball program the very best in the future.”