Morton was injured in the second inning of Tuesday night’s Game 1 after taking a sharp grounder from Yuli Gurriel off his lower right leg. Morton appeared unfazed while retiring the bottom of the Houston lineup in order. However, in the third inning, Morton winced and buckled while recording a called third strike on the leadoff batter, Jose Altuve. 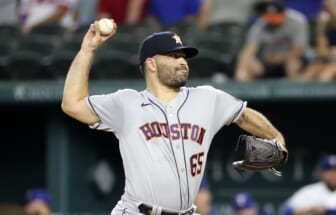 Davidson, 25, had a 3.60 ERA without a decision in four starts for the Braves during the regular season, but landed on the injured list in June with a strained forearm.