Tua Tagovailoa’s agent on injury: ‘He’s already ahead of schedule’ 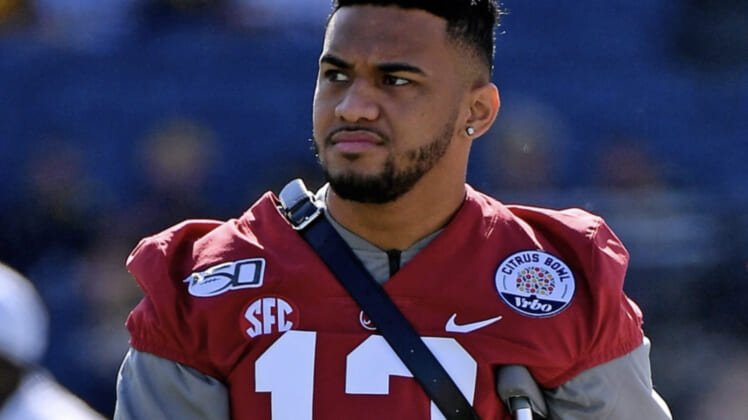 A lot will continue to be made of the hip injury former Alabama quarterback Tua Tagovailoa suffered back mid November.

Initially, it seemed that the signal caller would miss at least most of the 2020 season. At that point, suggestions were that Tua might go back to Alabama for his senior season.

That’s no longer the case. Tagovailoa just recently declared for the 2020 NFL Draft, and seems to be doing good in his rehab.

In talking about that from the site of Super Bowl LIV in Miami, Tua’s agent, Leigh Steinberg, confirmed this. The veteran agent indicated that his client is already ahead of schedule in his rehab.

It was previously noted that Tua was on schedule to be 100% for Alabama’s pro day in late March. Based on Steinberg‘s comments, that seems to be the case.

It originally seemed like the former Heisman candidate was going to see a dramatic drop down the draft board come April. Given the recent news on this front, that’s no longer the case. Expect Tua go go within the top five when all is said and done.