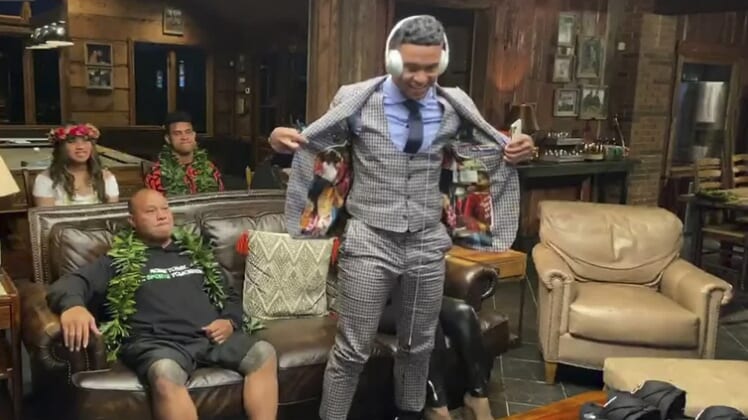 There’s a new No. 1 atop the NFL jersey sales rankings. Beating out Tom Brady for the top two spots, Tua Tagovailoa is absolutely dominating.

ESPN’s Cameron Wolfe reported Monday that the Miami Dolphins rookie’s jerseys are selling like hotcakes. In fact, two variations of his new No. 1 Dolphins jersey occupy the top-two spots in the jersey sales rankings.

“Tagovailoa’s aqua Dolphins men’s jersey is the No. 1 seller over the past two weeks on NFLShop.com, and his white jersey is coming in at No. 2 as of Monday afternoon. Tagovailoa was arguably the NFL draft’s most compelling story, and he has created an enormous amount of buzz in South Florida and national markets. He decided this past Tuesday to wear the No. 1, becoming the first Dolphins quarterback to don the number.”

Tagovailoa is having quite a big week. He inked his rookie contract (details here) on Monday morning, one day after buying his mom a brand-new Cadillac Escalade for Mother’s Day.

The absolutely bonkers part about these Tagovailoa jersey sales is that the rookie may not even start for the Dolphins in 2020.

Given the exceptional hype surrounding this former Alabama star quarterback, however, the Dolphins may feel they have no other choice than to start him this season.