Tua Tagovailoa could return for Miami Dolphins in London 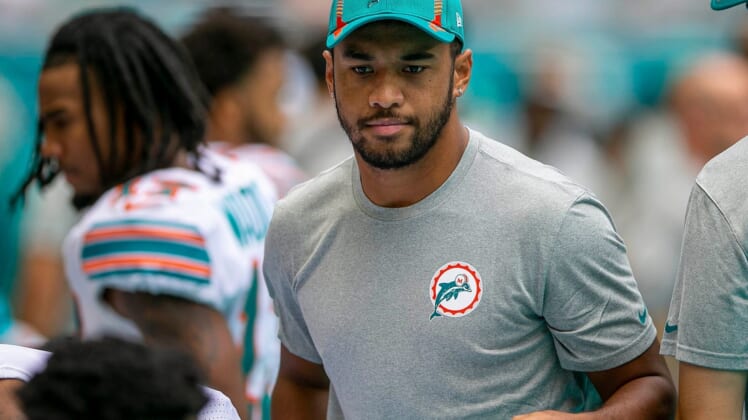 Injured quarterback Tua Tagovailoa went through an on-field workout on Monday and could be back for the Miami Dolphins this week.

Head coach Brian Flores said Tagovailoa was impressive moving around the field and passing in his first extensive work since being sidelined with fractured ribs.

“I’ll see what the week of practice looks like,” Flores said of activating Tagovailoa from short-term injured reserve.

The Dolphins won at New England in Week 1 but are off to a 1-4 start with the Jacksonville Jaguars up next Sunday in London. Jacksonville has lost 20 consecutive games.

Jacoby Brissett replaced Tagovailoa as the starting quarterback and could still see action if Tagovailoa isn’t ready to play. Pain tolerance, Flores said, will be the main consideration when determining which quarterback will start.

Brissett, however, played with a severe hamstring strain during Sunday’s 45-17 loss to the Tampa Bay Buccaneers and was taken to the locker room on a cart before returning to the game. Flores said Brissett’s status will be determined this week.

Brissett was 27-of-39 passing for 275 yards, with two touchdowns and one interception against the Bucs. 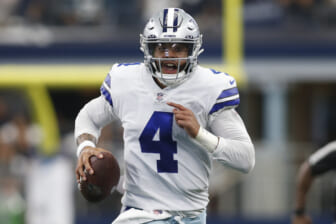 Tagovailoa hasn’t played since Week 2, when he left the field in the first quarter after taking a shot from Bills pass rusher A.J. Epenesa.

He completed 17 of 31 passes with one touchdown and one interception in two games this season.